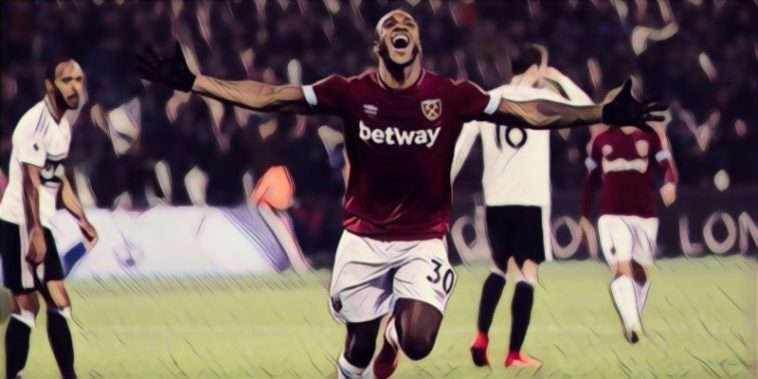 West Ham manager Manuel Pellegrini said his side put in a complete performance tonight during their 3-1 win over Fulham – except for the first 10 minutes that is.

The Hammers began tonight’s game at the London Stadium as if they thought kick off wasn’t until Saturday and were duly punished when Fulham attacker Ryan Babel finished his second clear cut chance of the game after just three minutes.

However, Mexican striker Javier Hernandez got West Ham back on level terms after 29 minutes with a controversial finish that went in off his arm from close range.

Hammers centre-back Issa Diop then headed home from a corner to send the home side in 2-1 up at the break, before workhorse Michail Antonio sealed the win late on, and condemned Fulham to yet another London Derby defeat.

9 – Fulham’s nine London derby league defeats in a row is the longest ever such losing run in Football League history by any London side. Punishment. pic.twitter.com/UiYdeNW4rc

Speaking after the game West Ham boss Manuel Pellegrini said he was happy his side recovered from their awful start and was also glad to see another long-term injury absentee, Manuel Lanzini, return to first-team action.

“We started the game asleep, the first 10 minutes was unbelievable,” Pellegrini told the BBC.

”After that we played a very good game. We scored three goals and had three or four clear chances.

“It was a complete game – apart from the first 10 minutes. You never know the reason, maybe we were distracted. The important thing is we changed our attitude.

“From my position I couldn’t see the handball, I have seen it since and it is handball. Nobody saw it very clearly at the time, there was not too many complaints. I don’t think that the goal decided the game.

“I never complained when we didn’t have results because I don’t like excuses but it is very difficult when you have eight or nine injuries but now you can see that we have players coming back.”

West Ham move up to ninth place after tonight’s win, while Fulham remain firmly in the drop zone, eight points from safety with just 11 games to play.