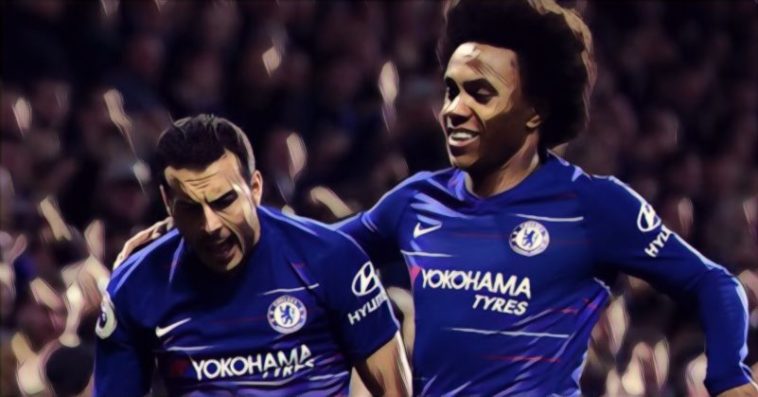 Chelsea attacker Pedro has said that his side are taking it one game at a time as they aim to finish in the top four this season.

The Blues missed out on Champions League football for the current campaign after finishing in a disappointing fifth position under Antonio Conte last season.

Chelsea began the season in excellent form under new coach Maurizio Sarri, leading to many fans and pundits predicting a push for the Premier League title, although they have fallen behind the league leaders in recent weeks.

However, Spain international Pedro has reiterated what Sarri has been saying for some time now, saying that Chelsea’s main target this season is to finish in the top four.

“The most important thing is to take it game by game. It’s good to get the win, build up our confidence and stay in the top four as that is our main target this year,” Pedro told BT Sport.

31-year-old winger Pedro scored his seventh Premier League goal of the season yesterday during his sides 2-1 win over Newcastle at Stamford Bridge.

Yesterday’s win combined with Arsenal’s loss at West Ham has seen Chelsea consolidate their place in the top four. The Blues currently sit in fourth place, six points clear of fifth-placed Arsenal, who they face next weekend at the Emirates.