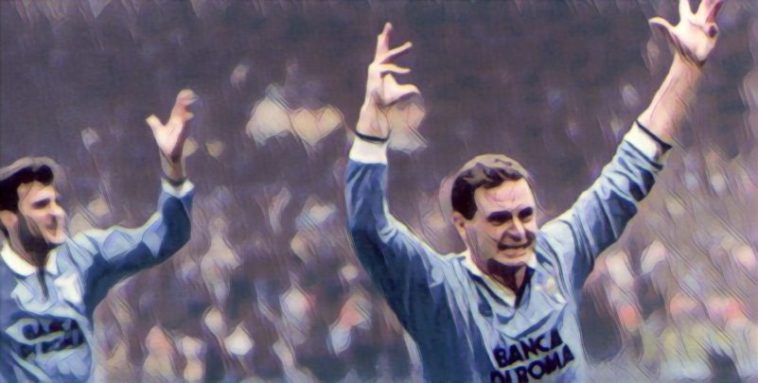 What was it about Paul Gascoigne that he was able to make such a strong connection with football fans and fellow professionals alike?

From Newcastle to London, Rome to Glasgow, ‘Gazza’ has had a profound effect on followers of the game all over the world.

Gascoigne found the back of the net 110 times over a twenty year career, but his legacy could never possibly be summed up by mere numbers and statistics.

The former England international’s influence can be judged by the level of joy he instilled in others, and himself, while creating magical moments on the pitch; the Italia 90 journey, scoring in a 3-1 win over Arsenal in the FA Cup semi-final with Spurs, dancing around the Pescara players for Lazio, that volley against Scotland at Euro 96, to name but a few.

As a man, Gascoigne had his demons though; mental health issues and alcoholism, exacerbated by bad injuries, as well as charges of assault and racism, have dogged his life, which has been placed under the searing spotlight of the tabloid media over the years.

Indeed, there was “never a dull moment” with Gazza, as Chris Waddle said about the technically gifted midfielder whose talent on the pitch often allowed him to overcome his turbulent life off it, but only for brief moments.

And yet, those moments truly were magical.

Watch our video on the best quotes about Paul Gascoigne from people inside the game.