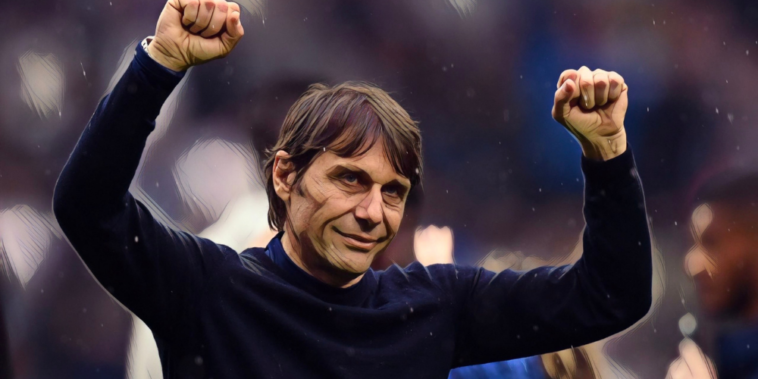 Conte was linked with the Manchester United job as the pressure grew on Ole Gunnar Solskjaer last season, though is understood to have been deemed a poor fit for the Red Devils who instead named Ralf Rangnick as interim manager in November.

Spurs made their move and appointed Conte as manager earlier in the month, with the Italian having an instant impact to guide the north Londoners to a top four finish and Champions League football.

United in contrast struggled to find form, as the Red Devils finished a distant sixth and posted their worst points total of the Premier League era.

Evra – who won five Premier League titles with United – admits it ‘hurts’ to see a rival side enjoy success under a manager who could have been tempted to Old Trafford.

“It hurts my heart,” he said, as per The Mirror. “Because I think Conte, Klopp, Guardiola – all those managers are the best in the world right now and we could have had him at Manchester United.

“But some people at the club, they said: ‘It’s not our style, it’s not what we’re looking for.’

“So let’s see, now we have Erik ten Hag. Let’s see what he’s going to do. He has my support. But then, even if you brought a chef in, as the manager of Man United, he’d have my full support.”