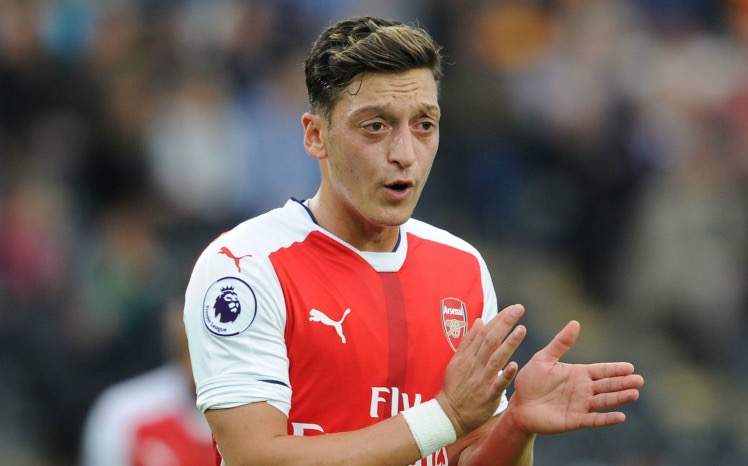 Mesut Özil has claimed he is happy at Arsenal amid speculation surrounding his future.

The German midfielders future has been the subject of intense speculation while his performances have come in for intense scrutiny.

Like his teammate Alexis Sanchez, Özil has just one year remaining on his contract at the club and has so far refused to sign a new deal leading to speculation he will be leaving the club this summer.

However, in an interview with Sky Sports, Özil has claimed he is happy at Arsenal, although he didn’t go as far as committing his future to the club.

“As I’ve said in the past, the most important thing is Arsenal and what we do as a team now.

I’ve got aims with this club, we all want the top four and that’s what counts at the moment.

As I’ve said before, in the summer we will talk but right now Arsenal stands in front of any player and I respect that.

As I’ve always said in the past, I feel comfortable here. I’m happy. Arsenal belong as one of the best clubs in the world and London is a great place to be, a great city to live in.

So after the season we will talk and then we will make a decision from there.”

Özil’s form has dropped significantly this season and his body language doesn’t look like a player entirely happy with his current situation.

Whether he will be at Arsenal next season remains to be seen, and his decision could come down to whether Arsene Wenger stays at the club or not.

Will Özil stay? Will Wenger stay? Will Arsenal qualify for the Champions League? Let us know your thoughts below.