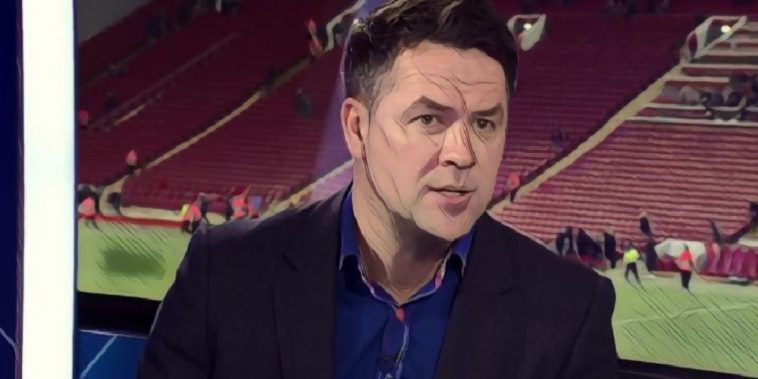 Michael Owen says Liverpool are ‘the best team in Europe’ despite the club’s Champions League exit to Atletico Madrid.

The holders defence of the Champions League came to an end on a dramatic evening on Merseyside, Jurgen Klopp’s side overturning a first-leg deficit in extra-time only to suffer a late collapse and bow out of the competition at the last 16.

Trailing 1-0 from the first leg in the Spanish capital, Georginio Wijnaldum’s header forced the contest into extra-time before Roberto Firmino’s goal early in the added period had Liverpool heading towards the quarter-finals.

The tie would turn on a costly mistake from Adrian, however, the goalkeeper paying the price for a poor clearance as Marcos Llorente capitalised to fire home a precious away goal for Atleti.

Llorente and Alvaro Morata would add further goals on the counter-attack as Liverpool lay siege to the visitors goal, Diego Simeone’s side winning 3-2 on the night and progressing to the last eight 4-2 on aggregate.

The result was harsh on Liverpool who dominated for much of the contest at Anfield, and Owen believes the continent’s leading sides will be breathing ‘a huge sigh of relief’ after seeing ‘the best team in Europe’ exit the competition.

“There’s no question whatsoever that every single big team around Europe has just breathed a huge sigh of relief, Liverpool are out, and I’ve got no doubts that they are the best team in Europe at the moment,” Owen said on BT Sport.

“Yes, they’ve been beaten over two legs but they are still the best team in Europe and they were absolutely outstanding for 90 minutes.”

“If Alisson plays, Liverpool win. As Rio [Ferdinand] said, the difference between the two sides was the goalkeepers.”

Simeone responds to Klopp’s ‘proper football’ jibe, but calls for ‘unfair’ rule to be scrapped