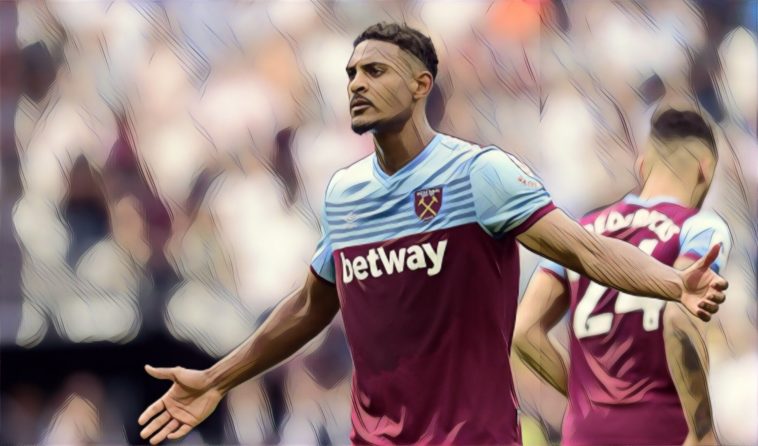 Week four of the Premier League has already been and gone, leaving us with an early barometer for how clubs are holding up as we head into the dreaded international break.

Jamie Vardy on fire as Leicester click into gear

Saturday was a great day at the office for Leicester City favourite Jamie Vardy. The forward was at his rampant best as he took the game to Bournemouth with aggressive runs and a real hunger for goals. His first of the day was a beauty, lofting the ball over Aaron Ramsdale from distance with expert precision.

From then on he was non-stop, notching an assist for Youri Tielemans before half-time and then instinctively poaching himself a second. On this kind of form Vardy is unplayable. He has now scored 12 Premier League goals since Brendan Rodgers took over at Leicester. Things are certainly looking good for the Foxes.

Liverpool fans sang the name of their favourite Brazilian on Saturday, in a chorus of adulation and admiration for one of their most skillful and crucial players. Firmino was at his sensational best at Turf Moor, orchestrating Liverpool’s most potent attacks with an easy on the eye, almost languid array of skills coupled with ludicrous work-rate.

The forward covered every blade of grass during his side’s comfortable 0-3 win, bagging himself another beauty of an assist, this time for Sadio Mane, before grabbing a well-earned goal for himself to kill the game off for good in the second half. The Brazilian has now scored 50 Premier League goals, the most of any of his fellow countrymen to grace this wonderful league.

Norwich City were subjected to a torrid 90 minutes of relentless attacking football at the London Stadium on Saturday. West Ham were in the mood and looked really dangerous with each forward foray. Leading their line and looking the real deal early on in his Premier League career was summer recruit Sebastien Haller.

The Frenchmen was a nightmare to contain as he bullied the Norwich backline and thrived in the space they afforded him. He scored one and should have have been awarded a penalty in the second half after a blatant trip was missed by Paul Tierney. Haller now has three goals in his last two games for the Hammers and looks likely to thrive with the creative talents of Manuel Lanzini, Felipe Anderson and a fit again Andriy Yarmolenko.

Richarlison turns the tap on for Everton

Going into their Sunday afternoon clash with Wolves, Everton had managed just the one goal in their opening three Premier League matches. If they are to rival Leicester City and push for a top-six place they are going to need someone to start putting the ball in the back of the net with real frequency.

The Goodison Park faithful would have breathed a collective sigh of relief that Richarlison had his shooting boots on as the home side edged Wolves 3-2 in a breathless encounter. The former Watford striker was a nightmare to deal with all day and though he was gifted his first goal, his second was a powerful, confident header, executed with cold-eyed perfection. He looked in the mood on Sunday and if he can continue where he left off after the international break, Everton should hit a mean streak of form going into Autumn.

After trailing their North London rivals by two goals in their own back yard, many Arsenal fans would have snatched your hand off for a 2-2 draw given the circumstances. However, a closer look at the match will leave Unai Emery and his players frustrated that they didn’t get more from this entertaining derby match. Once again, the Gunners were left to lament some lapses at the back as they allowed Spurs in for two gifted goals.

Emery will be desperate to see the frequent individual errors stamped out as he was let down by first Leno, who failed to adequately deal with a tame Erik Lamela shot, leaving the ball on a plate for Christian Eriksen. This was followed up with an inexplicable lunge by Granit Xhaka in the area on Son Heung min, which saw him get nothing of the ball and give away the daftest penalty you’re likely to see in such a high profile game.

Arsenal will struggle for a top four place if they continue to gift-wrap goals for their opponents with such frequency. While they were able to battle back and secure a point from this game, they have still managed just four wins from their last 22 encounters against top six rivals.

Quiz: Can you name every Premier League golden boot winner?

Read: Six strikers who smashed it in the Premier League after promotion from Championship