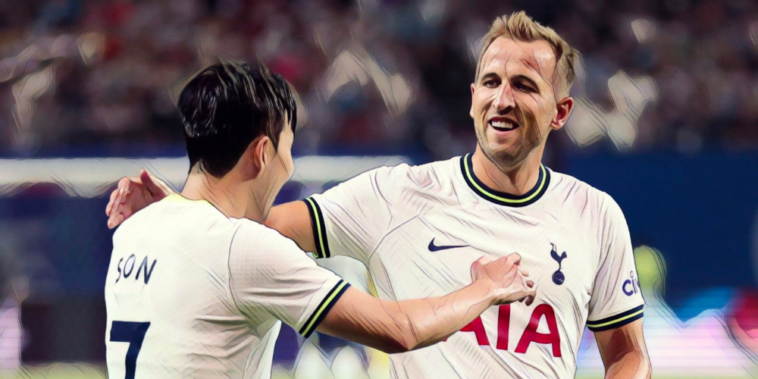 The Premier League season is right around the corner with just a week to go until the 2022/23 campaign kicks off.

It promises to be another season of thrills, spills and unforgettable fixtures, as the most watched league in world football returns for another instalment.

Another exciting aspect of the season will be how easy it will be to use cryptocurrencies to bet on Premier League games.

With that in mind, we’ve decided to look at our best predictions and betting tips for the coming campaign.

Manchester City and Liverpool have held a duopoly over the Premier League in recent seasons, winning each of the past five titles between them and finishing first and second in three of the past four campaigns.

Last season City edged Liverpool on the final day of the season, with a comeback win against Aston Villa ensuring Pep Guardiola’s side finished as champions by a single point.

The two teams finished a huge 19 and 18 points ahead of third-placed Chelsea respectively and are once again expected to compete for the title.

A repeat of last season’s finish can be found at odds of 6/4, with City champions and Liverpool as runners-up. Alternatively, Chelsea and Tottenham (both 9/2) are the shortest priced teams to break up the top two.

The newly-promoted sides often begin the Premier League as favourites for the drop and the current season is no exception with Bournemouth (4/9), Nottingham Forest (11/10) and Fulham (11/10) priced at the shortest odds for relegation.

Bournemouth’s status as relegation favourites comes amid a lack of transfer business from the Cherries so far this season, with the free transfer additions of Joe Rothwell and Ryan Fredericks the club’s sole activity so far.

Positives to take and more minutes in the tank ✅ pic.twitter.com/2cBXQLM6rg

Elsewhere, Everton (7/2) narrowly survived after a disastrous campaign last season and – minus the goals of the departed Richarlison – could struggle if Dominic Calvert-Lewin continues to be plagued with injury problems.

Southampton (3/1) could also struggle after stagnating under Ralph Hasenhuttl, with the Saints having won just one of their final 12 fixtures of the 2021/22 campaign – losing nine.

Hasenhuttl’s side have lost some of the verve from his early tenure and continue to fluctuate in performance levels. After flirting with the drop in the past two seasons, this could be a season of struggle on the South Coast and a relegation treble of Bournemouth, Everton and Southampton can be placed at an attractive 25/1.

Harry Kane and Son Heung-Min remain one of the most devastating duos in the Premier League, with the Tottenham forwards setting a new all-time record last season.

Their brilliant work in tandem will be central to the hopes of Antonio Conte’s side this season, with the Italian’s system allowing the duo to wreak havoc in partnership.

EVERY Harry and Sonny goal and assist from their incredible @premierleague record. pic.twitter.com/y5okgoWSfA

You can find an enticing ‘return the favour’ bet on the duo, with odds of 4/1 for Kane to assist Son & Son to assist Kane in the same Premier League game on three occasions in 2022/23. A partnership so exciting and deadly it’s like combining crypto and football.

Frank Lampard and Jesse Marsch guided struggling sides to safety after being parachuted in mid-season last term, but it’s fair to say that neither truly convinced during their opening months in new roles.

Lampard was reliant on three wins from the Toffees’ final six fixtures to secure survival and, despite embracing all things Everton, the jury remains out on whether he is the right man to lead the side forward.

Operating on a tight budget this summer and with leading scorer Richarlison having departed for Spurs, it will be a challenge for the former Chelsea boss to keep Everton clear of danger.

Marsch also faces a task to win over his doubters, with the American facing an immediate uphill battle following the sacking of Marcelo Bielsa, a man who commanded iconic status at Elland Road after leading Leeds back into the Premier League.

Patrick Bamford explains the difference in style of management between Jesse Marsch and Marcelo Bielsa#LUFC pic.twitter.com/45GWO0kenV

Leeds have seen Kalvin Phillips and Raphinha depart this summer and much will depend on how Marsch’s eclectic mix of signings gel. The likes of Tyler Adams and Brenden Aaronson are well-versed in Marsch’s methods, while Luis Sinisterra looks an exciting addition from Feyenoord.

With almost £100m spent and a host of additions without Premier League experience, the pressure could rise on the 48-year-old should Leeds endure a stuttering start.

A double on Lampard and Marsch to both be sacked before the end of the season can be found at 7/5.

Erling Haaland has been the headline signing of the summer transfer window, with Manchester City having won the race to sign one of world football’s most-coveted talents.

Haaland has scored almost a goal-per-game during spells at Red Bull Salzburg and Borussia Dortmund, while his record in the Champions League – which includes taking the fewest amount of games (14) to reach 20 goals in the competition and becoming the highest-scoring Norwegian player in European Cup history – point to a generational talent still in the infancy of his career.

The prospect of the 22-year-old receiving service from City’s cast of creators is a thrilling one for the club’s fanbase and a double for City to be crowned champions and Haaland to win the Golden Boot can be found at 4/1.

Just once in the past decade (Robin van Persie in 2012/13) has the Golden Boot winner come from the Premier League champions, but Haaland looks as good a bet as any to buck that trend.