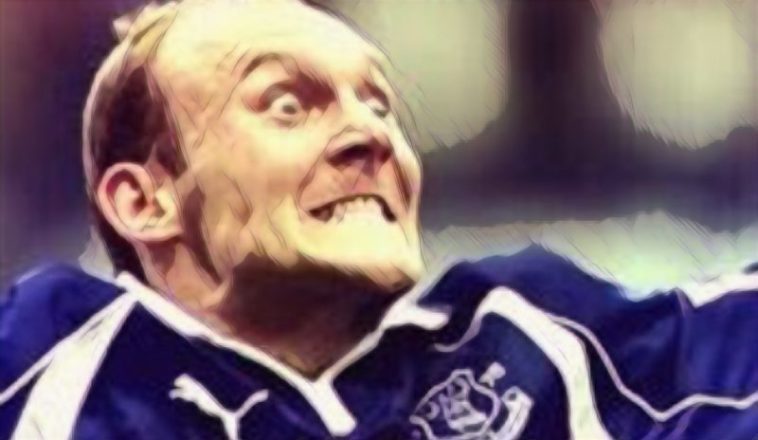 Leon Osman has revealed that his former Everton teammate Thomas Gravesen was ‘even crazier,’ than people think.

Stories of Gravesen’s antics while at the Toffees are the stuff of legend, with the eccentric former Denmark international known to bring fireworks and air guns to training.

Gravesen played for the Toffees between 2000-2005 before bizarrely securing a move to Real Madrid. He wouldn’t last two long in the Spanish capital though and he was soon shipped out to Celtic after being involved in notorious bust ups with Brazilian pair Ronaldo and Robinho.

Now his former teammate Osman has been discussing what life was like being a teammate of the man nicknamed ‘Mad Dog.’

“He was even crazier than whatever you’ve heard.’’ Osman told the Mirror.

“Running around on the pitch, waving his fists around and getting the crowd worked up was only a tiny portion of what he was like.

“You could be walking down the corridor and you’d be scared of making eye contact with him.

“He was playful – when he was in the right mood – but you didn’t want to look him in the eye because the next thing you knew, he’d be wrestling with you on the floor.

“He’s a one-off. You just never knew what he was going to do next. He certainly kept everyone on their toes.”

Gravesen was also notoriously frugal with his money and this policy seems to have worked out for the crazy Dane, who now lives in Las Vegas with his model girlfriend and has a reported net worth of £80 million.