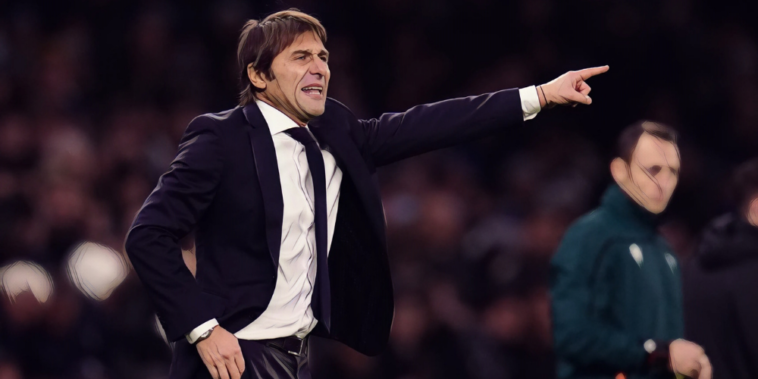 The high stakes of football can often be overwhelming for many of the games characters and the pressure builds up tension amongst all the elements within a football club, should results and relationships begin to trend in the wrong direction.

On the sideline another storyline was playing out, as Ole Gunnar Solskjaer and Nuno Espirito Santo went about trying to save their jobs; following weeks of underwhelming performances, which provided the foundations of the nervy atmosphere that was certain to hit boiling point for one set of supporters.

For most of the first half, the stadium simmered along nicely, until a wonderful strike from Cristiano Ronaldo gave United the lead and turned up the heat up on Santo.

The 54th minute marked boiling point, as the number 27 displayed on the fourth official’s board signalled the end of Lucas Moura’s day, a decision that was met with boos and chants of “you don’t know what you’re doing” in the direction of the Spurs boss.

That moment signalled the end for Santo, as the Spur’s faithful had now reached the point of no return for the Portuguese manager, leaving chairman Daniel Levy travelling back five months and finding himself once again chasing Antonio Conte.

On Tuesday, the charismatic Italian rose from the ashes of Saturday’s fire and his mere presence immediately bred life into Tottenham fans. The former Inter Milan manager’s reputation had preceded him once again. A reputation that left many wondering why he chose Tottenham Hotspur.

The North London club appears to be in a state of uncertainty at present and a job many managers would likely avoid, but Conte is clearly backing himself to single handily turn Spur’s fortunes around; an achievement that would be lauded by the whole of the football world, should the Italian succeed.

Antonio Conte’s managerial history at club level will undeniably inspire Tottenham Hotspur fans, from gaining promotion with Bari to winning a first Scudetto in 11 years for Inter Milan, it all points in the direction that Conte can be a success no matter the circumstances; but what often gets lost amongst the Italian’s list of achievements is the remarkable job he did with the Italian National Team.

Conte should expect to receive no useful financial backing from Daniel Levy until next summer and therefore needs to extract every last drop of performance out of the current crop of players to get the most out of the remainder of the season.

The scenario is similar to a national team, not only for this reason but being appointed mid-season removes a vital pre-season period where new coaches lay down the fundamentals of the style in which they want to play – a luxury international coaches do not have.

Conte has inherited a good squad from Nuno Espirito Santo, which cannot be said for the Italian team he took over in 2014. Italy were coming off the back of failing to get out of their group at the 2014 World Cup in Brazil and the squad was regarded as one of the worst in Italy’s illustrious history.

The revitalisation of this team would have been a difficult task for anyone, but Conte succeeded in getting the most out of this squad.

Conte’s first assignment was to get Italy to Euro 2016, a task that was achieved impeccably as the Italians finished top of their group and undefeated – winning seven and drawing the other three. This provided the Italians with a solid foundation for the summer tournament, and it showed when they got to France.

Italy were given a rough hand throughout the tournament which commenced with having to deal with the group of death alongside group favourites Belgium, Sweden and Ireland. With what happened in Brazil two years prior still fresh in the people of Italy’s minds, this group might have posed a problem for the Italians but once again Conte exceeded expectations.

Wins over both Belgium and Sweden meant Italy topped the group; a feat that was not rewarded in the next round, where the winners of the two previous tournaments awaited, Spain.

Conte’s side triumphed 2-0 over La Roja and would meet the ever-difficult Germans in the next round. It proved to be a step too far for Conte’s men, as the Italians lost to Joachim Low’s side on penalties.

A quarter-final exit would normally be seen as a disappointment for an Italian team, but this was nothing of the sort. This squad was miles away from the great Italian teams of the past, epitomised by Conte’s front two, Eder and Graziano Pelle – a duo far removed from the likes of Francesco Totti, Roberto Baggio, Giuseppe Meazza and Paolo Rossi.

Conte’s world-class coaching got the maximum out of this squad, and they achieved results through being compact and direct.

This is the blueprint to follow for those wondering what an Antonio Conte Tottenham Hotspur side will look like during the Italians first season in North London.

The 3-5-2 formation was used throughout Euro 2016 and this allowed Conte to play an extra defender, taking advantage of a position where Italy’s world-class talent resided. It allowed the Italians to be defensively sound and took the pressure of the forward players to score lots of goals to win games. Italy only conceded two goals at the tournament, with one of those coming against Ireland, a game where Conte rested most of his big players.

At Tottenham, their world-class talent is at the opposite end of the field, and it was no surprise that Conte played with a front three rather than two in his first match in charge against Vitesse Arnhem in the Europa Conference League on Thursday night.

In contrast to Italy, the idea was clearly to outscore the Dutch side to make up for Spurs’ shaky defence – an idea that won’t do for the Italian going forward.

Thursday night provided Conte with a glimpse of just how big a task the Italian has on his hands, as a full-strength Spur’s gave up two goals and 16 shots to the Dutch outfit.

With more time on the training field, this formation could be a success, but it would not be a surprise if the Italian opted for an extra midfielder on Sunday against Everton and lined up in his preferred 3-5-2 formation.

This would help protect Tottenham’s defence from any quick transitions that were present on Thursday, and it would also reignite the partnership of Harry Kane and Heung-Min Son, which was very fruitful for Spurs last season under Jose Mourinho.

Whichever one Conte decides on, this looks like it will be the way forward for Spurs under the Italian. Defensively solid and direct in their approach going forward, with a hint of the Italian’s charisma mixed in.

Conte has his flaws as a manager but as a coach, he is one of the best in the world. This is a big coup for Tottenham and it is an opportunity Daniel Levy cannot let go to waste.

The Italian has only signed an 18-month contract, which indicates that in the former Chelsea managers mind, this is only a pit-stop until something better comes along. In that time, Levy needs to find a way to make Spurs more attractive in order to get Conte to sign an extension but for now, Spur’s success lies in the hands of this charismatic Italian.

Conte will not be able to attract the world’s biggest stars to Tottenham, he will not have the funds he is normally used to spending to make this team competitive and he has inherited a good squad but one with many flaws throughout. With the unrealistic expectations of Levy looming large in the background this might just be the hardest job of Conte’s career, but he is backing himself to pull it off.