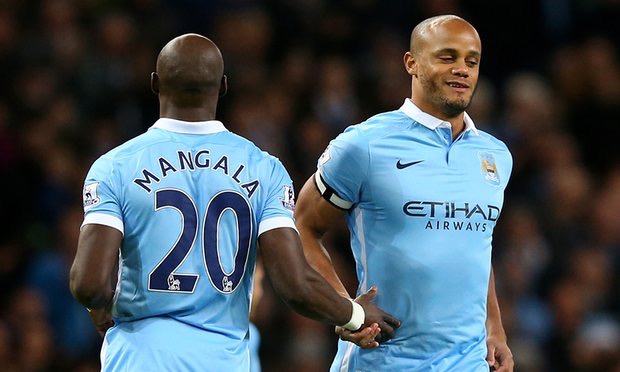 Two Manchester City defenders, two differing fates as Pep Guardiola plans to allow one of his centre backs to leave, whilst another will be staying at the club.

A year after he snubbed a move to Valencia, Eliaquim Mangala finally seems set to leave the club according to a report in The Sun.

Mangala blocked a move to the La Liga club last summer as part of a deal to bring Nicolas Otamendi to the Etihad stadium. However the French defender could be about to finally make the switch to Spain as he slips further down the pecking order.

Manchester City are planning on signing John Stones from Everton, whilst Belgian youngster Jason Denayer is expected to get more game time.

What happened with Vincent Kompany the last two years it was so difficult for him and the team.

The important thing is not when he’s coming back, it’s to be fit and ready to show he can play one week and one week more.

Kompany’s career has been stuttering over the last few campaigns after a series of serious injuries limited the Belgian to just 39 appearances in the last two years.