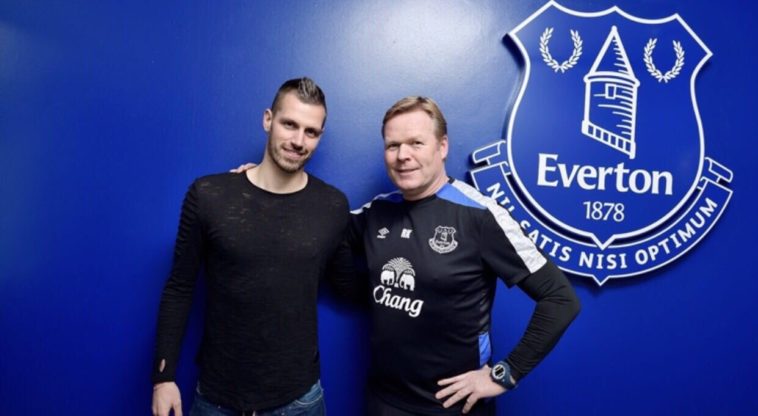 A busy day at Goodison Park has concluded with Everton completing the signing of Morgan Schneiderlin from Manchester United.

The midfielder, who has played just 11 MINUTES of Premier League football this season under Jose Mourinho, moves to Everton in a deal worth an initial £20million deal, that could rise to £24million with add ons.

He teams up with Everton boss Ronald Koeman, who he played under during his time at Southampton before his £24million move to Old Trafford 18 months ago.

He will wear the number 2 shirt at Everton and is expected to go straight into the starting lineup for Everton’s weekend fixture against Manchester City.

As Schneiderlin arrived at Evertons entrance, one midfielder was heading to the exits.

Former Manchester United midfielder Tom Cleverley has completed a loan move to Watford, with a view to a permanent transfer in the summer.

The former England international is no stranger to Vicarage Road, having played for the Hornets on loan in the 2009/10 season, where he made 33 appearances for the then Championship club, scoring 11 goals.