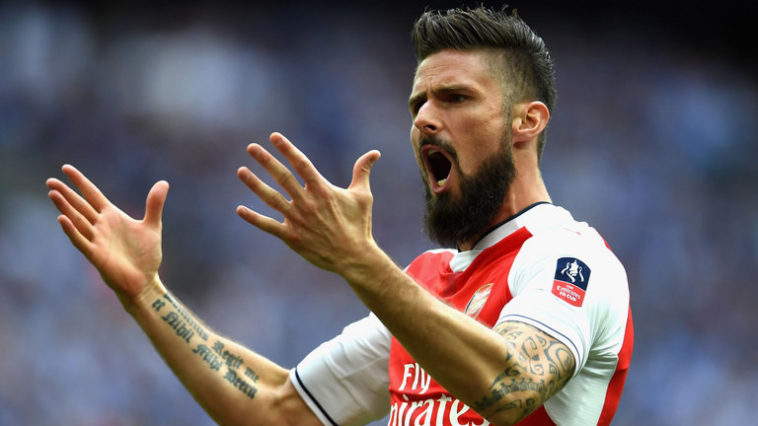 Olivier Giroud could be set for an Arsenal exit this summer according to various reports.

Le10 Sport in France claim that Giroud could be set to move to Lyon. This is after Lyon president Jean-Michel Aulas will demand the 30-year-old as part of a £60million player-plus cash deal that would see Alexandre Lacazette go to the Emirates.

Arsene Wenger is known to be keen on signing Lacazette, who was thought to be be close to a move to Atletico Madrid. That was until the Court of Arbitration for Sport upheld a transfer ban for the Spanish club, meaning any new signings this summer cannot play until January. This has opened up a potential move to a number of other clubs.

Meanwhile, the London Evening Standard claim that the France international is a summer target for Slaven Bilic at West Ham.

Giroud has recently claimed he will not be happy to stay at Arsenal if he continues to play a limited number of minutes, like has happened this season.

West Ham have been looking for a new striker for some time and Giroud could be the perfect answer if th player wants to remain in the Premier League.