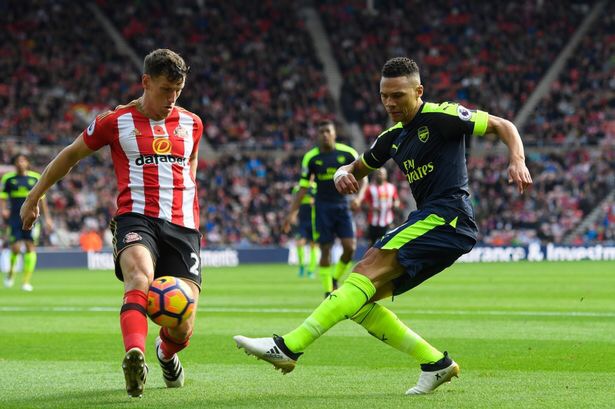 As long as I’ve supported Sunderland AFC we have done an excellent line in players that can only be described as ‘that fella, y’kna, we got him from Oldham I think, scored in the cup against MK Dons’.

Some would describe them as also-rans, but I say that would overstate their impact on the footballing world at large. Our footballers tend to be more like mythical Dracula castles who’s existence are told to us by the old gypsy womenfolk of the village. Then once every thousand years, lightning strikes, they appear, put in about four disappointing performances for Sunderland, then disappear without trace when there’s a big purple flash in the sky and a booming cackle of demonic laughter.

Who can tell us of where the great blonde tinted hope of the McCarthy era, Sean Thornton, is now? What happened to Chris Woods, the bloke from Leeds who scored from 30 yards in our 2005 pre-season trip to Canada?

A succession of nobodies

As late as two seasons ago, we were discussing the long future of El Hadji Ba, who now I think has since evaporated and his steam crystallised into the Scottish swear word that his name probably is.

The list is too long to recount, however I do dream that one day I will create a pub quiz of all the players who made little to no impact in their time at Sunderland and the winner will be given a 3rd kit shirt signed by Ryan Noble, Arnau Riera, Rade Prica, and Nicolas Medina.

​I have wasted actual thoughts on all of these men. Part of my short life been has spent pushing brain juice around my synapses (I’m not a doctor), over the careers of these people who achieved next to nothing in a Sunderland shirt. If I hadn’t spent time on them, maybe I’d have more than 6 GCSES? (I’m not a doctor).

So when we signed Billy Jones on a free from West Bromwich Albion in 2014 I wholeheartedly expected to add his name to the growing footnotes of the footnotes of Sunderland’s disappointing 21st Century campaigns. Jones replaced Phil Bardsley, a player who while unspectacular, had been a stalwart of our back four for around six years.

I’ll always have a bit of a soft spot for ‘Bardo’. He was a perfect Sunderland full back really. Rarely injured and making up for his oft uninspiring attacking play by clattering any alice band fancy dan who thought they could have a stroll down our right side.

He also scored a ridiculous goal against David Moyes’ Manchester United to send us to the League Cup Final; he shouldn’t have shot from there, it shouldn’t have gone in, it was stupid and thus has etched itself into one of my all time best Sunderland memories.

​His replacement Jones arrived with a greater list of injuries than dark web advert of a mafia hitman. Sure enough, an early hamstring strain saw him replaced by Santiago Vergini, the only Argentine player ever to have all of his limbs remotely controlled independently by four, six-year old children, who were sitting in the stands but not actually looking at the pitch.

I advise you to look up his own goal against Southampton if you haven’t seen it already, I personally have never watched the replay because I don’t want to live in a world where that can happen in football.

Jones only played 18 times that season, four of which were in the cup, and I assumed he’d soon be off on his merry way to a team called something like South Mastiff-upon-McGee. Despite breaking back into the side, mainly due to our inability to replace him, Jones’ errors against Liverpool in February 2016 seemed sure to keep him away from the pitch for good.

​However, this season he has turned in consistently good displays, making sure the foreign exchange student who is attractive but can’t speak any English brought in as his replacement, Javier Manquillo, remains on the bench. Giving the latter time to carve both yours and his name into a tree and look dreamy in a perished leather jacket.

Jones’ attacking play has really come on, partially boosted by the fact Sunderland have forgotten what a winger is. This has opened up a lot of space on the right for the 29 year old as we literally don’t have anyone else to play there. Jones has played 90 minutes in all but one of Sunderland’s wins this season, and has created thirteen goalscoring chances since he was drafted back into the side in October.

He’s credited with winning almost 60% of his challenges, two thirds of his headers, and playing the ball forward more and more. His performance against Tottenham the other week typified this. Jones held the right side well, linking up with Ndong and Rodwell, ensuring that the three centre halves behind him were protected, but often getting forward to support Sunderland’s front line.

While he may not be at SAFC forever, nor will we be building statues of him any time soon, Billy Jones has cemented his place as Sunderland’s right back for the foreseeable future and is turning in steady performances. Keep it up, Billy, you’re providing the mediocrity that we currently have to aspire to.

For anyone disappointed that we might not be adding to the annals of pointless Sunderland signing history with Jones, remember Adam Matthews is still on loan at Bristol City.