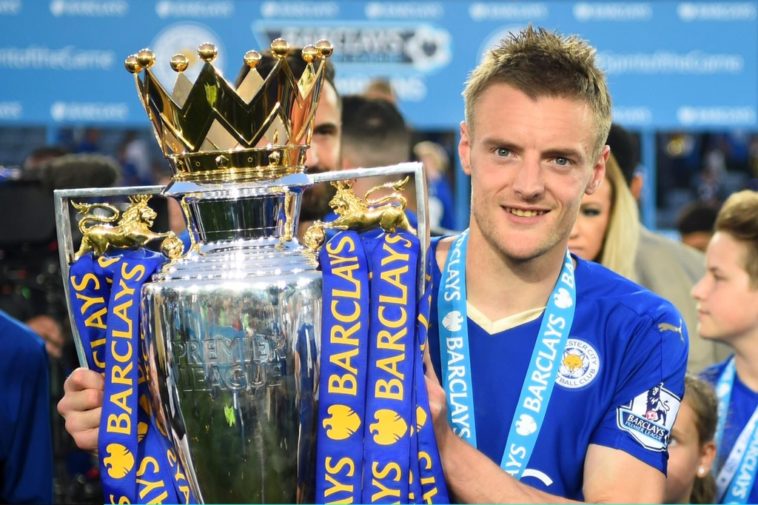 Leicester City have confirmed that Jamie Vardy has signed a new four year deal at the club, and in the process, rejected a £20million proposed move to Arsenal.

Arsene Wenger activate a release clause in Vardy’s contract, and left the England striker mulling over the gunners contract offer.

However, Leicester retaliated by offering the 29-year old a new deal at the King Power Stadium to continue his goalscoring exploits for the Foxes in both the Premier League and Champions League.

Leicester City have today (Thursday) agreed with the representatives of Jamie Vardy to extend the England international’s contract with the Premier League champions for a further four years.
Both parties hope that this announcement will end recent speculation regarding Jamie’s future and confirm his long term commitment to Leicester City Football Club.

Jamie will continue to focus all of his efforts on trying to achieve success with the England team at the European Championships in France.

Vardy scored 24 goals in the Premier League as he spearheaded Leicester City’s charge towards the title.