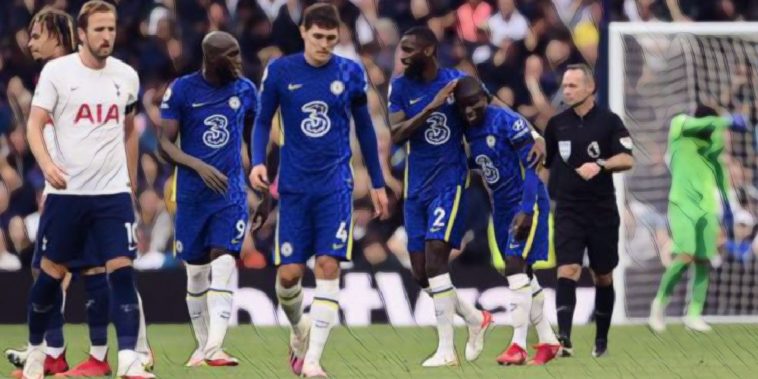 Tottenham Hotspur boss Nuno Espirito Santo has admitted that his side have ‘a lot of things to improve on’ following their 3-0 defeat to London rivals, Chelsea.

Spurs actually got off to a decent start to the game at the Tottenham Hotspur stadium, creating a number of presentable openings through Son Heung Min, Harry Kane and Sergio Reguilon, though were guilty of lacking quality in their final action.

Chelsea meanwhile looked far from their often dominant best in the opening 45, with Thomas Tuchel feeling the need to change his side’s shape at the half time interval, bringing on midfielder N’Golo Kante in place of Mason Mount as the German boss looked to wrestle back some control.

The change had an almost immediate effect, with Chelsea getting straight on the front foot in the second half and quickly taking the lead.

Veteran defender Thiago Silva made a late ghosting run into the Spurs area to meet an out-swinging Marcos Alonso corner, the Brazilian’s run not being picked up and his header flying into the bottom corner.

Substitute Kante would double his side’s lead eight minutes later, the World Cup winner’s 30 yard effort taking a wicked deflection off Eric Dier to leave Hugo Lloris helpless, though question marks have to be asked about Spurs desire to close the Frenchman down.

Antonio Rudiger would round off the scoring in added time, though in truth, Chelsea could have had four or five in what was a thoroughly dominant second-half display.

The defeat follows up last weekend’s 3-0 loss to Crystal Palace, and while Nuno Espirito Santo was pleased with his side’s first-half showing, he admitted there is plenty of work to do.

“I’m disappointed,” he told Sky Sports. “The first half was very good. It was a game of two halves clearly. I think in the first half we competed very well, were the better team and controlled things.

“For 50 minutes we held on before the first goal but after that the game changed. It was very hard for us. Chelsea are a good team and created us many problems.

“I don’t know if we surprised them but we needed to start the match really strong and we did that. We did good pressing, recovering the ball and creating good situations. The plan was to score. There were chances to do it, we didn’t do it. The first half was fantastic.

“It was a set-piece. The goal was really disappointing. After that, we struggled to regain control of the game. Chelsea are organised, have experience and it was very hard for us.

“Since we started, we have a lot of things to improve on. Even with good results and good performances we are aware we have a lot to improve on and a long way to go. We keep believing. The boys are working hard and we keep pushing.

“The first 45 minutes was huge for us. Now we have to sustain this level over the whole game.”