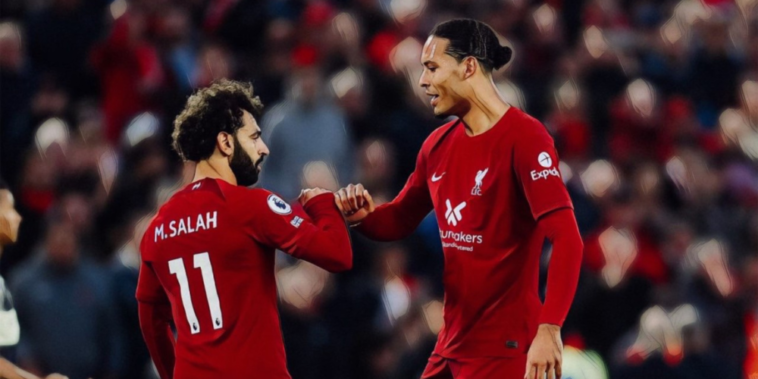 An old rivalry returns to the Premier League for the first time in more than two decades this weekend, as Nottingham Forest welcome Liverpool to the City Ground.

Nottingham Forest battled to a goalless draw at Brighton in midweek, but Steve Cooper’s side are now winless in nine Premier League games.

Fixtures will fellow strugglers Leicester, Aston Villa and Wolves brought just a single point, with the fixture list set to get tougher with clashes against Liverpool (H), Arsenal (A) and Manchester United (A) in their next five games.

'We have to back ourselves!' 🙌

Cooper will want to ensure his team are within touching distance of survival ahead of the Premier League’s pause for the World Cup, in what will provide the Forest boss and his coaching team with precious time to work on the training ground and bed together a bloated squad of 20+ new arrivals.

Last season Forest pushed Liverpool hard in a narrow FA Cup defeat and Cooper will need his side to re-find that fight in order to earn a positive result.

That win followed successes against Rangers (7-1) and Manchester City (1-0), and the Reds will be keen to build momentum as Jurgen Klopp’s team look to recover from a difficult start.

Klopp was full of praise for the performance of Nunez in midweek, who he said ‘had arrived’ as a Premier League player after an encouraging display. The Uruguayan was a constant threat against the Hammers and his improvement will be welcomed with both Diogo Jota and Luis Diaz sidelined.

Curtis Jones returned as a substitute in midweek to improve Liverpool’s midfield depth, while Alex Oxlade-Chamberlain – who has not featured so far this season – was also named on the bench.

Liverpool progressed to the semi-finals of the FA Cup with a 1-0 win at the City Ground in March, but the Reds were made to work hard by their then-Championship opponents.

Forest troubled Jurgen Klopp’s side on occasion despite Liverpool’s dominance of the ball, with Philip Zinckernagel missing a clear-cut chance as Steve Cooper’s side threatened another upset, having eliminated both Leicester and Arsenal in previous rounds.

Zinckernagel’s miss came just minutes before Diogo Jota scored the decisive goal, in what was the first FA Cup meeting between the clubs since the rescheduled 1989 semi-final that followed the Hillsborough disaster.

Jota turned in Kostas Tsimikas’ cross from the left with 12 minutes remaining, as Liverpool progressed to a last four meeting with Manchester City at Wembley. The Reds ended the campaign as FA Cup winners, as the club completed a domestic cup double.

What channel is Nottingham Forest v Liverpool on?