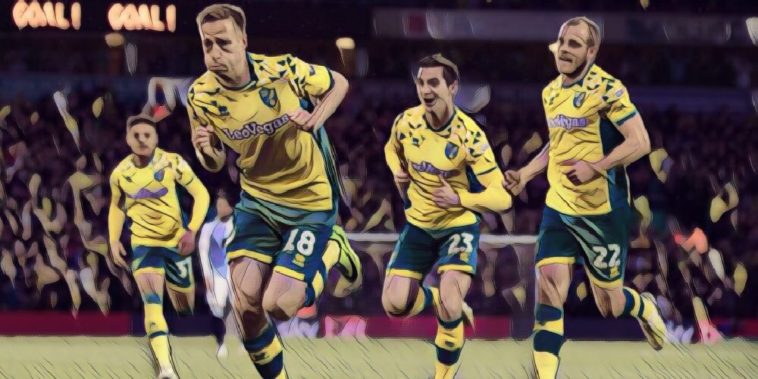 Norwich City have been promoted back to the Premier League after a three-year absence, while Sheffield United are on the brink of having their own promotion confirmed.

Following their relegation in 2016, it has been somewhat of a stagnant couple of seasons for the Canaries, finishing eighth and 14th respectively. However, despite selling off a number of their more prized assets last summer, including James Maddison to Leicester City, Daniel Farke’s side have defied expectations, with their 2-1 win over Blackburn Rovers securing their return to the top flight.

Meanwhile, Sheffield United’s 2-0 win over relegated Ipswich on Saturday afternoon virtually secured their promotion, although they will have to wait a little longer to have it absolutely confirmed.

Unlike Norwich, the South Yorkshire side have had to go the long way around to secure a place back in the Premier League following their relegation back in 2007, with the Blades slipping down the footballing pyramid into League One before moving their way back up over recent years.

Chris Wilder’s side will have their eyes firmly glued to the TV this afternoon when their promotion could be confirmed, with Leeds set to face Aston Villa. Anything other than a win for Leeds will secure promotion for the Sheffield club, and even if they do grab all three points, the Blades would still have a three-point lead and a seemingly unassailable goal difference going into the final round of fixtures next weekend.

For a long time, it had looked like Marcelo Bielsa’s Leeds would make their long-awaited return to the top flight, but an incredible downturn in form from the West Yorkshire club has seen them lose four of their last seven games, leaving it virtually impossible to claim an automatic promotion spot.

A place in the playoffs beckons for the Whites.