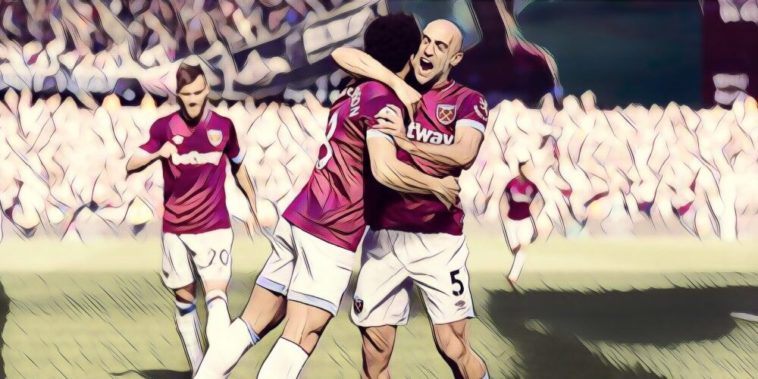 West Ham captain Mark Noble has revealed that his side were full of confidence going in today’s 3-1 victory over Manchester United.

Manchester United’s miserable start to the season continued this afternoon as they were punished for their lack of intensity by a West Ham side who had previously won just one game all season.

Goals from Felipe Anderson and Marko Arnautovic, along with an own goal from Victor Lindelof capped off a horrible day in the capital for Jose Mourinho’s men who slipped to a 3-1 defeat, their third defeat of the season already.

While it was an awful day for United, it would be unfair to take anything away from West Ham, who played the game with great positivity throughout, and speaking to BT Sport after the game, Hammers captain Mark Noble revealed that the squad went into the game full of confidence:

“To be honest the way it’s going at the minute, Man United could have lined up a number of ways with all their talent,” said Noble.

“But we worked all week on how we play. We’ve had good results and confidence is high. You can see how we played, we didn’t come here to stay in shape, we came here to win and you could see that from the first minute.

“Man United are a dangerous team, so they have the ability to get one, but as soon as I slipped through Marko [Arnautovic] I thought he would score.

“He hasn’t trained much, only one or two days, so to run like that shows he is working hard for the team. The performance was great especially for the fans who have come here seen some bad ones.

“Days like the Chelsea game where we could’ve had a couple of goals, today, the 8-0 win over Macclesfield in midweek. We’ll lose games and play bad at times, but the way manager has us playing, you see the confidence.”