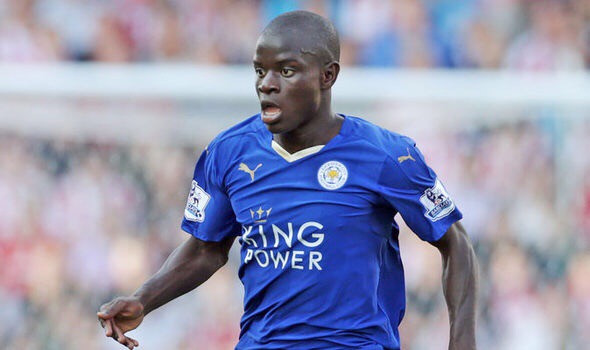 Leicester City midfield Dynamo N’Golo Kante is set to reject a new contract at the King Power as he prepares to leave the Premier League champions.

Kante was one of the players of the season last year as Leicester battled their way to the title, and has attracted attention from numerous clubs around the Premier League and Europe, including Arsenal, Manchester United, Juventus and Real Madrid.

Leicester have been keen to secure the midfielders future at the club by offering him a new £100,000-a-week deal,but a report in The Telegraph claims that has chosen to leave, and is leaning towards joining Chelsea to team up with Italian manager Antonio Conte, although, has not ruled out a move to any other interested club.

Chelsea look to be disappointed in their approaches for Roma midfielder Radja Nainggolan, and have instead turned their attentions to the 25-year old Frenchman.

Kante could be available for as little as £20million, as per the release clause in his contract with the Foxes. However the final transfer fee could be much higher if a bidding war starts, allowing Leicester to accept the highest bid.

Kante is still on international duty at Euro 2016 with France, where he is currently suspended for Sunday’s quarter final against Iceland.