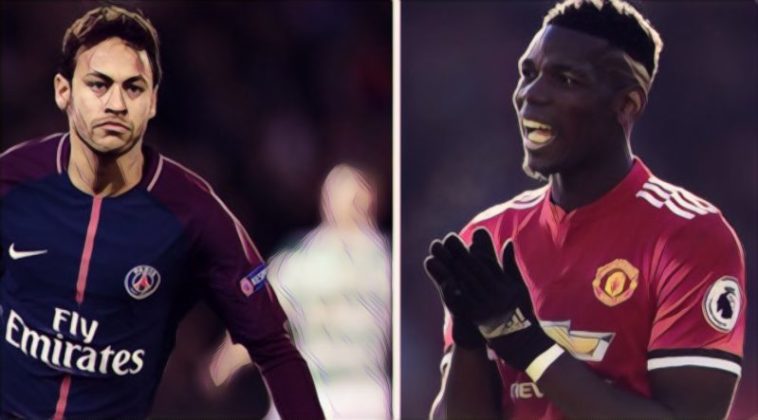 PSG attacker Neymar and Manchester United midfielder Paul Pogba are two players who are rarely out of the headlines, and both are today being linked with a sensational swap deal.

Neymar moved to PSG from Barcelona in a world record £198 million transfer last summer, although speculation that he is unsettled in France has been swirling around for some months now.

The Brazil international is thought to be unhappy with life in Paris and the general standard in Ligue Un. Despite his reported regret at moving to the French Champions, Neymar has still put in some dazzling performances at the Parc de Princes, netting 29 goals and providing 19 assists in just 30 goals this season.

Manchester United paid a then world record £89 million to bring Pogba back to Old Trafford from Juventus in the summer of 2016.

However, the France international has struggled badly this season, and his relationship with Red Devils boss Jose Mourinho has seemingly turned sour, with the 24-year-old recently finding himself on the substitutes bench for most of his sides big games.

Neymar has been heavily linked with a return to La Liga with Real Madrid, although United CEO Ed Woodward would love to bring such a commercially valuable player to Old Trafford.

According to the Daily Star, United plan on trying to win the race for the Brazilian superstars signature by offering him a mega £30 million per year deal.

The Old Trafford club will then offer PSG £261 million for the player, with Pogba moving back to his homeland in part exchange.