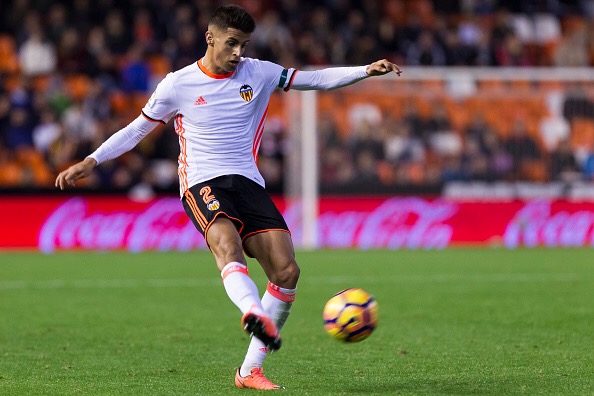 Chelsea are close to completing the signing of Valencia full back Joao Cancelo according to reports in Spain.

Chelsea have been linked with what seems like every right and left back around Europe this summer, missing out on Alex Sandro, Danilo and Benjamin Mendy, while also being linked with a move for Serge Aurier and Alex Oxlade-Chamberlain over the past week. However, with just two days to go until they kick off their Premier League campaign against Burnley on Saturday, they have not recruited any new names to their full back ranks.

However, Spanish publication Don Balon claim that a deal to take Joao Cancelo from Valencia to Stamford Bridge could be completed within a ‘matter of hours’ – although in Spain, this phrase generally means a few days.

The 23-year-old is also attracting interest from Juventus, who are looking for a replacement for Dani Alves, who they agreed to release from his contract earlier this summer before he signed a big money move to PSG.

Cancelo has made 90 appearances in total for Valencia, scoring four goals, and was also a part of last summer’s Portugal side that won the European Championships in France.

It has been reported that the deal to take Cancelo to Chelsea could be worth around £25m.