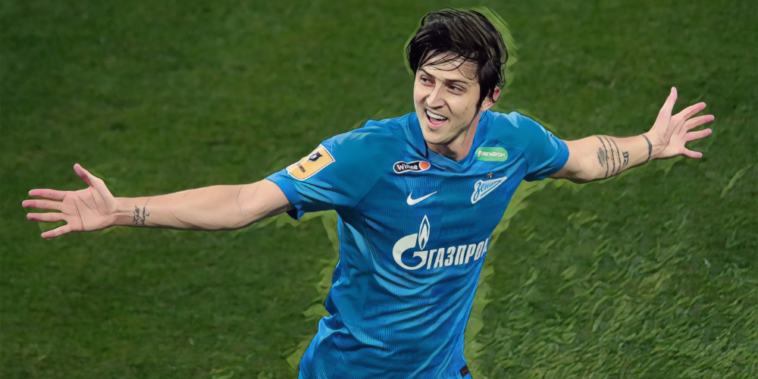 Newcastle are expected to be amongst the busiest Premier League clubs this month, as the Magpies look to invest the wealth of their new owners and move away from the relegation places.

The signing of at least one centre-forward is the focus for Eddie Howe, with reports having suggested the club will seek a new signing before this weekend’s crunch clash with fellow strugglers Watford.

Given the Magpies’ over-reliance on Callum Wilson for goals and the forward’s expected two-month absence with a calf injury, Newcastle will want new faces in the door at St James’ Park as quickly as possible.

We look at and assess six strikers that Newcastle have been linked with this January.

Chris Wood is closing in on becoming Newcastle’s latest signing, with the Magpies having activated a release clause – believed to be in the region of £20m – to sign the Burnley forward.

Personal terms are also understood to have been agreed with the 30-year-old set to undergo a medical, potentially completing a deal in time to face Watford in the Premier League this weekend.

Wood’s arrival will no doubt be an underwhelming capture given the marquee names linked with the billionaire-backed Magpies in recent weeks, but it is a deal that simultaneously strengthens their options and weaken a relegation rival.

Newcastle have lacked a focal point in Wilson’s absence and Wood will provide presence at the top end of the pitch, whilst he boasts a similar goal record (0.32 goals per game) to Newcastle’s current number nine (0.35 goals per game).

Wood has reached double figures for goals in each of the past four Premier League seasons and despite a return of just three during the current campaign, could prove a vital contributor for the Magpies.

Certainly wouldn't turn my nose up at Chris Wood for #NUFC.

An attacking focal point they desperately need and consistently gets double figures in the PL.

Not a glamour signing but is better than what they have available and weakens a relegation rival. A win win. pic.twitter.com/BjcWoIMRac

He could thrive off the service provided by the likes of new signing Kieran Trippier and after several seasons of fighting for consolidation, the New Zealand international is set for a new challenge at a Newcastle side looking upwards.

Hugo Ekitike has emerged as a target for Newcastle this month, with the Magpies understood to have held discussions with Reims over the teenage forward.

Ekitike has enjoyed an impressive breakthrough with the French side, scoring eight goals in just 10 league starts to attract interest from clubs across Europe.

Reims are not intentioned to accept Newcastle opening proposal for talented striker Hugo Ekitike. Deal more than complicated – there's interest also from West Ham but nothing advanced yet. ⭐️🇫🇷 #NUFC

The 19-year-old – who can also operate in wide areas – would represent somewhat of a gamble given his inexperience and need to adapt to the demands of the Premier League.

He is, however, full of potential and in confident mood after his strong start to the season with Reims reportedly demanding a fee of £30m for the youngster who has also been linked with West Ham.

Sardar Azmoun is on the radar of several European clubs as he approaches the end of his contract at Zenit Saint Petersburg, the Iran international having enjoyed a prolific period in Russian football.

Azmoun revealed that Tottenham were amongst his suitors during last summer’s transfer window, whilst the likes of Lyon, Roma and Bayer Leverkusen have been linked with rivalling Newcastle for his signature.

Juventus are also said to be interested following the recent injury to Federico Chiesa, but would only be able to sanction a loan deal given non-EU player restrictions in their squad.

🗣️ "He could be a real star of Iranian and Asian football for years to come."

Azmoun was named as the Russian Premier League’s Player of the Season after firing Zenit to league title success in 2020/21, hitting 19 goals in just 24 appearances domestically.

He has scored 62 goals in just 104 games since arriving from Rubin Kazan, whilst he boasts an impressive return of 39 goals for Iran at international level.

Given his goal record and strong performances in continental competition for Zenit, Newcastle could secure a potential bargain if a reduced fee is agreed for a player with six months left on his deal.

Divock Origi has been linked with a Liverpool exit this month, with the forward having struggled for regular first-team football at Anfield.

The Belgium international has earned cult status at Liverpool following his role in the club’s recent successes, proving a valuable contributor at key moments and often delivering when called upon.

However, he has made just nine league starts across the past two-and-a-half seasons and at 26 could be ready for a new challenge and increased status.

Origi – who has five goals in just four starts this season – is believed to be interested in remaining in the Premier League should he leave Liverpool and the prospect of the project at St James’ Park could appeal.

Much could depend on whether Liverpool can sign a replacement this month, given the participation of Mohamed Salah and Sadio Mane at the Africa Cup of Nations. The Reds have been linked with Porto winger Luis Diaz.

Eddie Howe has been linked with a reunion with Dominic Solanke, having signed the forward during his time at Bournemouth.

Solanke has endured a difficult time during his previous spells in the Premier League, but is currently in the midst of his best season as a senior player after scoring 19 goals in all competitions for Bournemouth so far this season.

Scott Parker’s side will be loathe to lose their leading scorer in the midst of a promotion push, however, with only Aleksandr Mitrovic and Ben Brereton having outscored Solanke in the Championship so far this season.

What a moment this was 💫

There will be concerns over his record of just four previous goals at Premier League level, but time spent developing in the Championship has benefitted a player that Jose Mourinho once said he would ‘blame himself’ if he failed to become an England player.

Patrik Schick has been mentioned as a marquee arrival at Newcastle this winter, having starred during last summer’s European Championship before a brilliant start to the Bundesliga season.

The Czech Republic international finished as the joint-leading scorer at Euro 2020 with five goals and has since netted 17 goals in just 15 games for Bayer Leverkusen this season – trailing only Robert Lewandowski amongst Germany’s top flight.

Patrik Schick is tied for second in goals in Europe's top-five leagues 🔥 pic.twitter.com/Lw6di2fPf8

Reports have circled that it would take a huge bid in the region of £50m to sign the 25-year-old, however, whilst Schick himself has distanced himself from speculation surrounding an exit from Leverkusen.

“Of course it’s nice to read when you’re linked with the big clubs,” he told Bild.

“But I’m really, really happy in Leverkusen and I want to go to the Champions League with Bayer 04. I love living in Germany.

“I’m not thinking about other clubs at all. Everyone knows my contract situation. And I would never cause problems for a club and push through a transfer.”