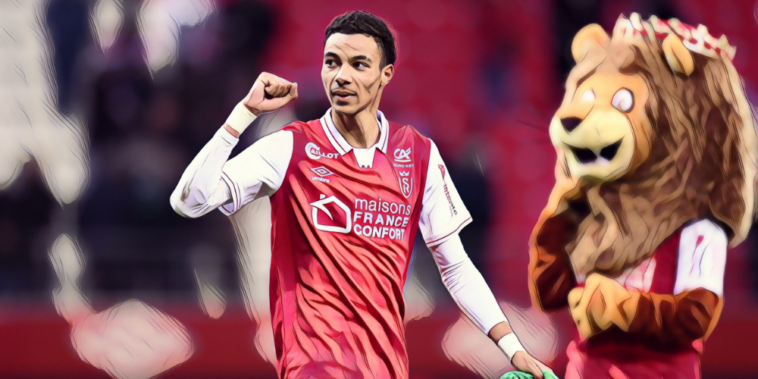 Newcastle’s move for Hugo Ekitike close to breaking down with the forward keen to remain with Reims.

Eddie Howe’s side had agreed a fee with Reims for the teenager, who has scored eight goals in 11 league starts this season during an impressive breakthrough in Ligue 1.

Newcastle had agreed a fee in excess of £20m for the 19-year-old, though The Athletic are reporting that Ekitike is ‘unsure about the merits of a deadline-day move’ to St James’ Park and the deal is now close to collapsing.

The Magpies will now turn their attentions back towards Jesse Lingard and Sky Sports are reporting that Newcastle and West Ham will go head-to-head to sign the Manchester United midfielder before the deadline.

The 29-year-old – who is out of contract at the end of the season – wants to leave the Red Devils in search of first-team football and held talks with Ralf Rangnick to express his desire to leave on Sunday.

Newcastle saw an approach for Lingard rejected earlier in the window, with the two clubs unable to agree on a loan fee for the England international. United were demanding a bonus fee of around £12m for Lingard, should the midfielder help Newcastle avoid relegation this season.

Howe is also working on deals to sign Dan Burn (Brighton) and Matt Targett (Aston Villa) before the deadline.

Newcastle have agreed a £13m deal for Burn with the Seagulls, whilst Targett is closing in on a loan move to the club following Aston Villa’s signing of Lucas Digne. The duo are undergoing medicals at Newcastle ahead of completing moves to the club.