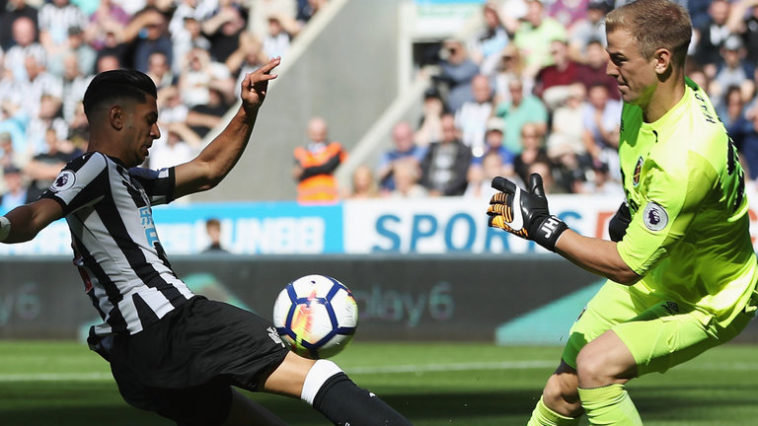 Goals from Joselu, Ciaran Clark and Aleksandar Mitrovic gave Newcastle their first win of the season against West Ham. Here are five things we learned from when the Magpies took on the Hammers.

1. St James’ Park CAN be a fortress again

Although they lost their first game at St James’ this season. It was against a Spurs side who were kept quiet until an unfortunate sending off. Today brought back memories of the early 2000’s at St James’ Park. The team worked hard and the fans got behind them.

It’s easy to play Newcastle when fans are against the team. However, when 52,000 Geordies get behind their team, the XI on the pitch look solid and hard to beat. Last season Newcastle struggled at home and struggled to break down opposition teams. Now, Benitez’s side should find it easier now 10 opposition players aren’t behind the ball at all times.

2. Matt Ritchie will be key for Newcastle this season

My man of the match today was Ritchie simply because he was everywhere and every single time he got on the ball, something looked like it would happen. There were times in the game where he struggled to get back and Javier Manquillo had to deal with two on one situations but that also meant that the Hammers left-back was nowhere near him when Newcastle counter-attacked. The Scotsman grabbed 12 goals and seven assists last season for the Magpies last season and looked their biggest threat today. The use of two defensive midfielders in Hayden and Merino gave Ritchie and Atsu more attacking freedom and both looked good today because of it.

3. The Hammers are the product of their own downfall

I’m not entirely sure if West Ham are regularly like this but every time that Newcastle applied pressure in the West Ham half, they panicked and made mistakes. For the first 15-20 minutes of both halves, Newcastle sat off West Ham and they were the only periods where the Hammers looked comfortable on the ball.

Hernandez tried his best but was lucky not to be sent off after a late challenge when already on a yellow. Just like last week, Bilic saw his side making stupid decisions. Changes are needed at West Ham in one way or another.

4. Joselu might not be what fans wanted but he may just be what the team needed.

Joselu’s goal today was a sitter, granted. However, Newcastle looked so much more comfortable with a player who had a presence up-front. Joselu won headers, knocking the ball on to other players and holding the ball up really well. He was a problem for defenders throughout the first half but struggled to make an impact in the second half, probably due to his lack of fitness. However, it is safe to say that this system appears to suit Joselu a lot more than it suits Dwight Gayle.

5. Tactics? Stick or twist? Newcastle will always stick. The Hammers are twisting, maybe a bit too much.

After three defeats on the bounce, Newcastle fans were demanding something different from Rafael Benitez today. Did they get it? No. Benitez stuck to his guns and his team came out deserved winners.

However, Bilic played two separate formations in his first two games and alternated between them today. Problem is, his players didn’t look comfortable with either of them. They were overrun in midfield and didn’t really have the presence in the final-third to justify losing the midfield battle.

Lanzini didn’t look fit when he came on and when he did, West Ham looked even lighter in midfield as they struggled to track the runs of Newcastle’s three attacking midfielders.

Meanwhile, for Newcastle, you imagine today was exactly how Benitez has tried to get them playing for a little over a year now. This time around it worked. However, it needs to work away from home as well, starting with September 10th at the Liberty Stadium.

Check out the full Match Report and Player Ratings.