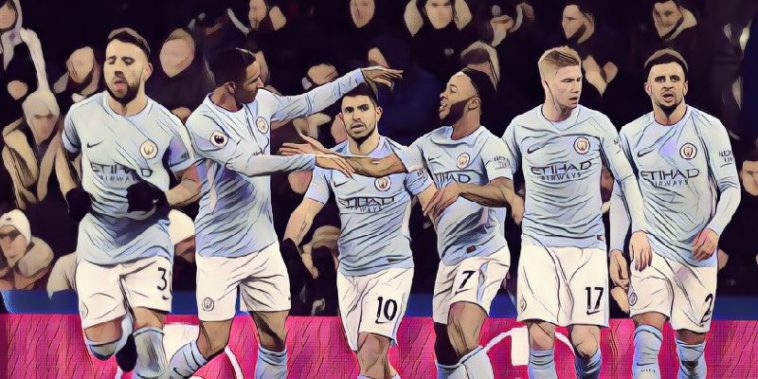 Manchester City made it 18 Premier League wins in a row with a dominant display at St James Park. Here’s what we learned from the latest chapter in City’s remarkable season.

Eden Hazard has five Premier League goals this season. Raheem Sterling has thirteen. One is generally accepted as world-class while the other is usually considered to be highly overrated. You’ll never guess which is which. But why do we undercredit Sterling so much?

He was on top form again today, scoring the only goal of the game with a delightful finish that showed how far he’s come under Pep Guardiola. We need to start appreciating what we have as a nation before it’s gone.

It’s not a secret that Vincent Kompany is somewhat injury prone. Maybe that’s an understatement. Either way, he didn’t last long in this match, going off with a calf strain after just ten minutes. You have to wonder, at this stage, how many more times Kompany can complete this cycle of injury-comeback-injury. You have to wonder how much more patience Pep Guardiola has left.

In one of the most negative first-half performances you’re likely to see in the Premier League, Newcastle United paid an almost inevitable price for their defensive approach. Despite sitting incredibly deep, Benitez’s side were frequently cut open by City’s slick passing and their gameplan fell apart when Sterling scored the opener after half an hour. Only towards the end of the game did the home team really start to attack and, ironically, they looked likely to score in the last ten minutes.

The General Soldiers On

Newcastle’s best moment of the game was, undeniably, shortly after conceding the goal. They found a way through the City defence thanks to a slip from Kyle Walker and Rolando Aarons was able to chip the ball towards the top corner. Yet, just as it looked like the equaliser had come, it was Nicolas Otamendi who leaped highest to head clear on the goal line under pressure from Joselu. It was the latest in a string of brilliant performances from Otamendi, who’s quickly establishing himself as one of the best central defenders in the world.

If it wasn’t already obvious, it’s now crystal clear that Newcastle United will need to make a few signings in the January window if they want to stay in the Premier League. The Magpies have been in relegation form, with just eight points from their last forty-five available, and rarely looking like getting out of their rut. Whether Mike Ashley stays or goes, he’ll need to invest well next month to avoid an embarrassing hat-trick of relegations…