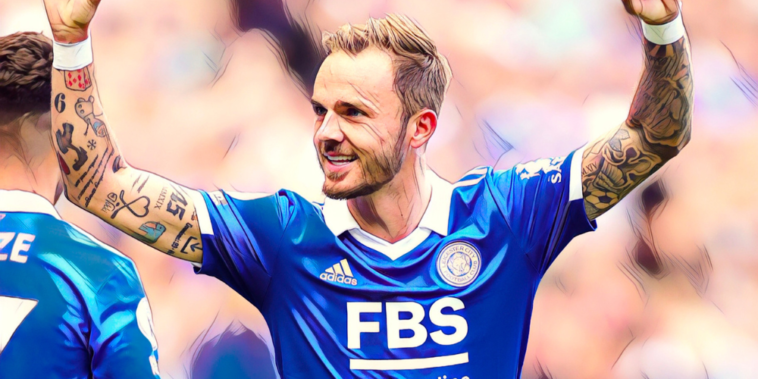 Newcastle are set to renew their interest in signing James Maddison during the January transfer window.

Eddie Howe’s team had two bids for Maddison turned down during the summer window but will return with renewed interest this winter as the Magpies look to add creativity to their side.

Newcastle’s second offer is understood to have been £45m, but there is hope that Leicester will be more open to his sale in January as the midfielder enters the final 18 months of his deal at the King Power Stadium.

According to the Times, Maddison is open to the move as he looks to improve his England prospects. The 25-year-old has been continually overlooked by Gareth Southgate, despite a consistent run of form for the Foxes.

Maddison has seven goals and four assists in his last ten Premier League games, while only Harry Kane and Ivan Toney have been involved in more goals among English players in 2022.

Maddison’s form has come despite Leicester’s difficult start to the current campaign, with the Foxes bottom of the Premier League after a run of six consecutive defeats.

Brendan Rodgers side signed just one outfield player during the summer – Wout Faes from Stade de Reims for around £15m – and sold defender Wesley Fofana to Chelsea in a big-money deal with the Foxes expected to post significant annual losses in excess of £100m.

Newcastle have lost just once in the Premier League this season, but five draws from their opening seven games has left the Magpies off the pace in the race for Europe.

Howe’s team – who have not won since the opening weekend – have scored just eight goals so far this season and the addition of Maddison would bring much-needed creativity and goal threat to St James’ Park.