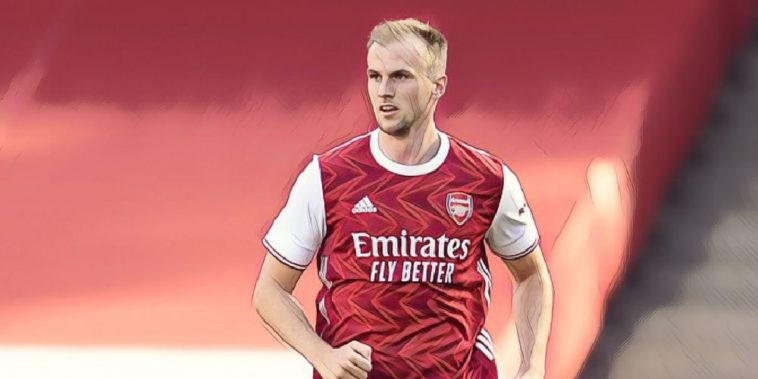 Mikel Arteta is keen to keep Rob Holding amongst his centre-back options at Arsenal with David Luiz facing an ‘extensive period’ on the sidelines with a neck injury.

Holding has been expected to depart the Emirates in search of regular first-team football with Newcastle keen to secure the defender on a season-long loan deal, though that deal now appears unlikely following the news of an injury to Luiz.

The Brazil international sustained a neck problem during Arsenal’s Community Shield victory over Liverpool last month before aggravating the problem in training, with David Ornstein of The Athletic reporting that the 33-year-old could miss up to six weeks with the complaint.

Irrespective of David Luiz injury Mikel Arteta has made clear he wants Rob Holding as a centre-back option this season & the 24yo is now expected to stay at Arsenal rather than join Newcastle on loan. He’s also in line to start at Fulham on Saturday @TheAthleticUK #AFC #NUFC #FFC https://t.co/zcNsC0QxNR

That news is set to have a direct impact on Holding’s future with Arteta now keen to retain the services of the 24-year-old, who could feature from the start for the Gunners ahead of their Premier League opener against Fulham this weekend.

Arsenal are well stocked in terms of centre-back options with a staggering eight currently in Arteta’s first-team squad, though a succession of injuries has eradicated the club’s substantial depth.

New signing Gabriel is unlikely to be rushed into action having not played since early March, whilst caution will also be taken with youngster William Saliba as he adapts to the demands of English football.

Shkodran Mustafi, Pablo Mari and Callum Chambers are also returning from injury problems, whilst Sokratis has become a peripheral figure under Arteta and is expected to depart before the closure of the transfer window next month.

Those issues will now see Holding return to the fold and his increase in status will be a major blow to Newcastle who had been keen to strengthen their defensive options, the Magpies hoping to make the centre-back their latest signing following the captures of Callum Wilson, Ryan Fraser and Jamal Lewis over the past week.