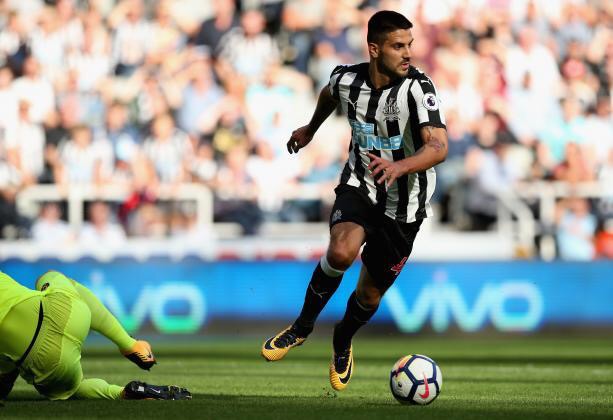 Newcastle striker Aleksander Mitrovic is attracting plenty of attention as the January transfer window approaches.The striker has had a disappointing spell on Tyneside since arriving in 2015. He scored just nine goals in his debut campaign at St James Park, and was unable to prevent the club sliding into the Championship.

Despite playing in the second tier of English football, Mitrovic was given a limited opportunities by Newcastle boss Rafa Benitez, who opted to play Dwight Gayle upfront for the majority of the Magpies’ games last season.

The striker has been made available for transfer during the last three transfer windows, however no club has been willing to pay Newcastle asking price.

However, according to the Newcastle Chronicle there is plenty of interest in the Serbian this time round, including clubs in the Championship and from China. They also claim that his former club Anderlecht would be interested in re-signing the striker on loan.

TalkSport claim that Southampton and Brighton are also keeping tabs on the 30-year-old.

His departure however is dependent on Newcastle’s ability to sign a replacement striker. The club have been linked with moves for Liverpool striker Danny Ings in recent weeks as well as Atletico Madrid’s Fernando Torres.

Any potential transfers at Newcastle depend upon the clubs takeover by Amanda Staveley, which current owner Mike Ashley hopes will be completed by Christmas.