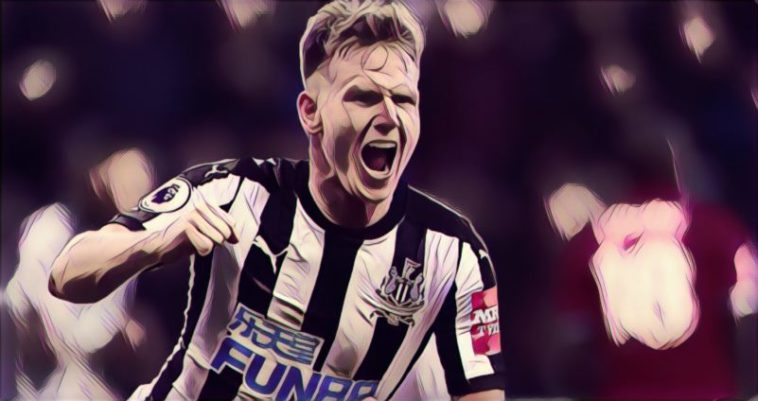 Rafa Benitez’s Newcastle got themselves a much needed three points when they overcame his old foe Jose Mourinho’s Manchester United side 1-0 at St.James Park yesterday. Let’s see how the players rated …

Pulled off a string of top saves and looked composed throughout, what a way to introduce yourself to the Premier League.

Had a tough day up against Sanchez, but stuck to his task well.

Put in a captain’s performance and made some crucial last ditch interventions.

Solid defensively and composed in possession

Worked his socks off to keep United’s attackers at bay.

Tidy finish for the winner, and looked a threat on the counter throughout.

Competed brilliantly in the centre of the park, and passed the ball superbly from start to finish.

Outmuscled Pogba on a couple of occasions and a crucial part of his sides defensive effort late on.

Started brightly, but faded as the game went on.

Got himself into some dangerous positions in between the lines at times.

Put in the hard yards up front without ever really threatening the goal.

His pace caused United problems on the counter after his introduction.

Held the ball up well for his side late on.

Made one stunning save from Shelvey in the first-half, and had no chance with the goal.

Didn’t get forward and support the attack as well as he usually does.

Just not good enough in possession to play for a club of United’s stature. Booked for diving in the build up to Newcastle’s winner.

Did ok, but like his central defensive partner lacks quality in possession.

Covered a huge amount of ground down the left flank and was unlucky with one late effort.

Looked to be carrying a injury, but still a shocking performance. Disgracefully, did not challenge for a header in the build up to Newcastle’s goal.

Solid enough, although he does look like he could do with a rest.

Has been good for most of this season, but this was a return to the type of display that makes people wonder how he gets a game for Manchester United.

Inventive and full of energy, just a pity most of his team-mates weren’t on the same wavelength.

His hold up play has come on leaps and bounds in the last couple of months, really unlucky not to register and assist after a couple of lovely through balls.

Tried to get his team moving forward, but couldn’t break down a well organised Newcastle rearguard.

Pushed and probed late on, although his efforts would be in vain.