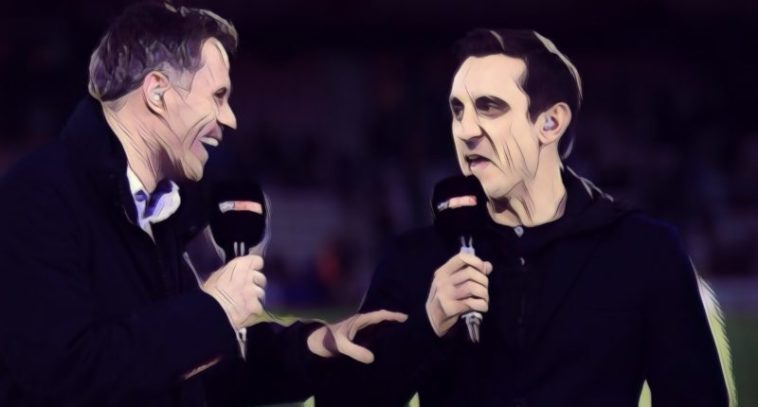 Gary Neville wants the Premier League to embrace the congested fixture list upon the resumption of football and end the season in a ‘festival of football.’

The current campaign is currently suspended due to the ongoing coronavirus crisis in the UK and across the globe, with football authorities declaring the season will not resume until April 30 at the earliest.

Premier League officials and the FA insist they remain committed to completing the season when it is safe to do so, which could lead to a congested fixture list for most teams as a conclusion to the campaign is reached.

English football’s already congested schedule has drawn criticism in recent times from several leading managers including the likes of Jurgen Klopp and Pep Guardiola, though Neville has called on clubs to embrace the ‘spectacular’ regularity of games as football bids to overcome an unprecedented situation.

“The last thing I’m worried about is sorting out the fixtures,” he said on Sky Sports.

“If football players need to play every day for nine days to finish the Premier League as a worst-case scenario, they would do it because they’d get their heads around it and make it a festival of football.

“It would be something spectacular. Football can bring some hope and joy to the country when we finally come out of this crisis.

A message from our co-owner Gary Neville. @GNev2 @GG_Hospitality pic.twitter.com/uy2rEfweho

“I’m not saying they are the examples that should be followed, but there could be something quite spectacular about football fans coming together after this crisis is over.

“It would bring some joy back to the nation as football does impact so many people.”

Neville insists playing several fixtures a week is a realistic possibility, and says football ‘must react’ to the global crisis and adapt to eventually regain normality in the footballing calendar ahead of next season.

“The least of my worries are the calendar as once the crisis is over I think footballers, the authorities, the associations will want to play as many matches as psychically possible in a week, a month or a three month period to get everything back on track.

“If you think about the Christmas period, clubs play four games in eight days. When we were going to win the Premier League with Manchester United we had a backlog of fixtures due to FA Cup and we played four games in a week. It is possible over a six or an eight week period that there might be four games a week.

“I’m not concerned about squeezing more games in. Players, clubs, managers and physios will understand that you can’t complain about fixture congestion next season due to the circumstances. It’s a global crisis and football has to react and compromise.”