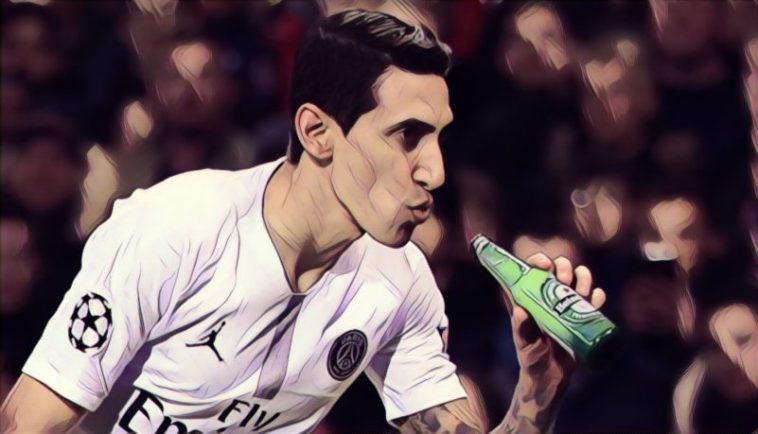 Phil Neville says Angel Di Maria could have been a great Manchester United player after the club’s Champions League defeat to PSG.

Manchester United fans caught a glimpse of what could have been on Wednesday night when PSG burst their bubble with a 2-0 win at Old Trafford.

Di Maria moved to Old Trafford from Real Madrid for £59m in 2014, but despite performing well initially upon his arrival, he was unable to replicate the kind of form he had displayed for Madrid or Argentina.

The winger left the next summer for PSG, where he has a much better time of it in the French capital, scoring 59 goals in 165 appearances and winning two Ligue 1 titles.

He returned last night to assist both goals for Pesnel Kimpembe and Kylian Mbappé, sealing a terrific away win for Thomas Tuchel’s side.

Former United defender Neville said Di Maria fit the club mould perfectly, and that it was a real shame it did not work out for the Argentine international.

”United didn’t have a Ryan Giggs and I thought ‘at last they have bought someone who fits the philosophy of United’.

”He never produced the right performance. I look back and seeing him play tonight and if ever there was a player that they signed that is a Manchester United player, then it was Angel Di Maria.”

United fans taunted Di Maria throughout the night, and at one point a beer bottle was tossed in his direction, an act that could see the club receive a punishment from UEFA.