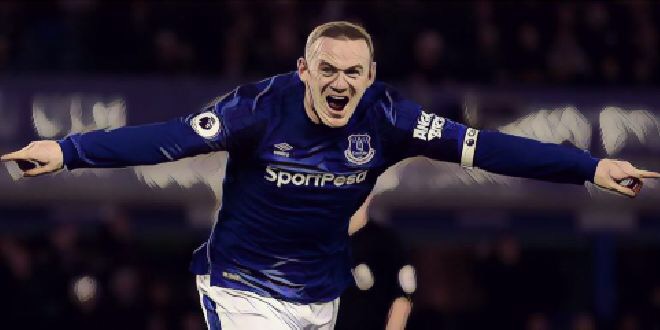 With the season drawing to a close, Gary Neville has cast his judgement on some of this seasons best action, and has picked the five best goals of this Premier League season.

In at number five on Gary Neville’s list is Jamie Vardy’s effort against West Brom.

A sublime finish showcasing vardy’s excellent technical sense. The ball dropped over the England strikers shoulder, who watched it all the way, and without looking to see where the goal or its ‘keeper was, struck an excellent volley into the far post…oh and with his left foot.

While number five was an excellent technical goal, Neville’s choice for number four is an absolute screamer.

As Christian Erikson put the ball into the box, Loris Karis punched the ball out, and with the Liverpool keeper on the floor, the Spurs midfielder blasted in an amazing thunderbolt of a strike in front of the Kop.

Not many have scored past Manchester City this season, and I’m pretty sure no-one has scored a better goal than this against the Citizens all season.

The ball dropped to Daniels who was outside of the box at a seemingly impossible angle, but he rifled it across goal and into the net. A simply unstoppable strike.

While the other three goals on this list are there on their merit for being fantastic strikes, Neville chose this as the second best strike not only for the quality of its finish, but also for the intricate play in its buildup.

He has scored plenty of sensational strikes over the years, but this must be one of the best goals in Wayne Rooney’s career, and Gary Neville chose this as the goal of the season.

With Rooney playing in a deeper midfield role, a clearance by Joe Hart fell straight to the Everton star, who sensationally struck the ball from inside his own half, over the West Ham defenders and into the back of the net.

Scoring from the half way line isn’t anything new, but to strike the ball with such power, accuracy and with a first time effort makes this all the more spectacular.