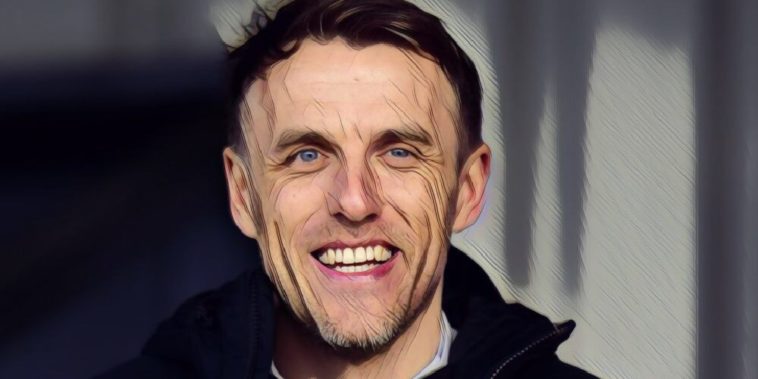 Phil Neville has named five players that he thinks that Manchester United should sign this summer.

As always at this time of year, attentions start to turn to the summer transfer window, with Manchester United being linked with a plethora of players, including a British record move for Jadon Sancho.

However, the current England Women’s head coach reckons that while Sancho is hungry, his former side should target Gareth Bale, a player who has already proved himself at the top of European football.

“Ole has said he wants to buy a hungry player. I think [Jadon] Sancho is that hungry player. But Bale has won Champions Leagues and played at the top level.

“I don’t think wages are an issue at Manchester United. You are talking guaranteed quality who can play across the front line.”

United have also been linked with a whole host of centre-back’s, with Kalidou Koulibaly and Harry Maguire thought to be high on the club’s agenda, although they are also thought to be in the market for a new right back with Antonio Valencia set to be allowed to leave for free in the summer.

“The two signings in the back four would be Raphael Varane from Real Madrid and Joao Cancelo from Juventus,” Neville said.

“Cancelo, I worked with him at Valencia and have seen him at Juventus and I think he’s top drawer.”

“Eric Dier as the holding midfield player and Philippe Coutinho, who there has been a bit of speculation about.

“You have to have British players in a title-winning team. [Ander] Herrera, Fred and [Scott] McTominay are part of the squad. [Nemanja] Matic, this season, has had a dip.”