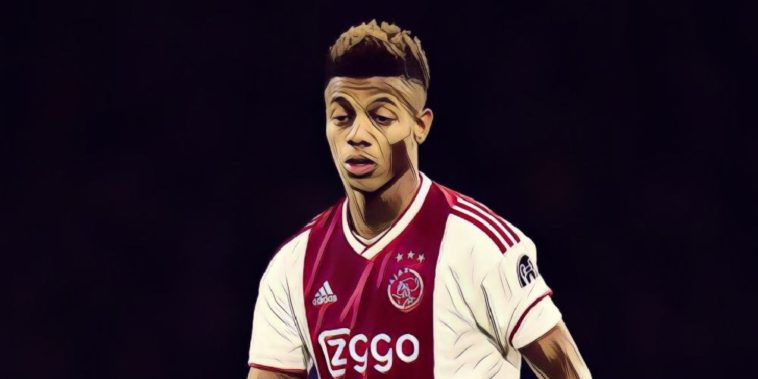 Ajax winger David Neres has admitted that he has always wanted to play in the Premier League following speculation linking him with a move to Everton.

The Brazilian scored 11 goals and provided a further 10 assists in 44 appearances for Ajax this season, helping the Dutch giants to a league and cup double as well reaching the Champions League semi-finals.

Ajax’s fine form has seen a number of their talented team be linked with moves away, with Frenkie de Jong already agreeing a move to Barcelona, while there is also talk surrounding the futures of Matthijs de Ligt, Hakim Ziyech, and Donny van de Beek.

Everton are claimed to be among the frontrunners for the signature 22-year-old winger Neres, who is currently on international duty with Brazil at the Copa America, and he has admitted that he would like to play in the Premier League.

“I try to stay focused on what’s happening on the pitch, and on the competition I’m playing in. I leave those things to my agents to deal with,” he told the Liverpool Echo.

“Of course the Premier League interests me. It’s the best league in the world, and I’ve always wanted to play there. But I leave all that in God’s hands.”

Blow for Everton as Chelsea look to keep Zouma