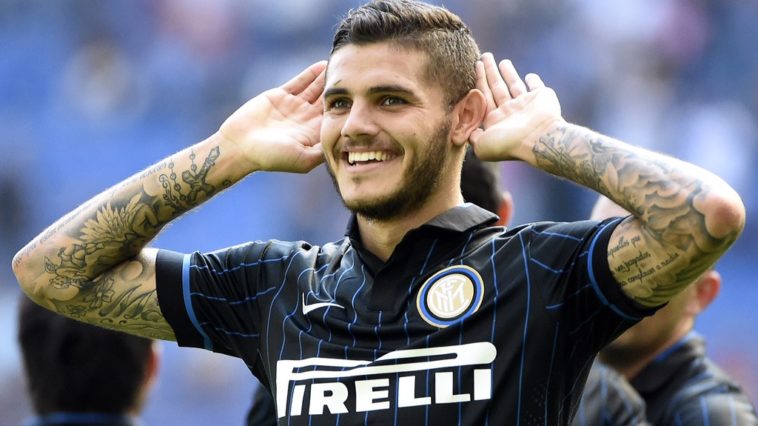 Serie A club Napoli have opened negotiations as they look to replace Juventus bound Gonzalo Higuain.

Gazzetta dello Sport claim that Napoli have opened talks with Inter Milan for striker Mauro Icardi, who has been linked with a summer departure from the San Siro.

However it is believed that the Nezzazzuri will only sell their star striker and club captain for top money, with €60million the asking price. Inter Milan bosses are not looking to spend a great deal of cash this summer in order to comply with Financial Fair Play restrictions.

However, the £50million price tag hasn’t put off Napoli president Aurelio de Laurentiis, who met with the Argentines representatives in Verona on Sunday to discuss the potential transfer.

The news will come as another blow to Arsenal, who have been linked with making a move for Icardi, but will be reluctant to match Inter Milan’s high asking price.

Higuain is on the brink of completing a €94million transfer to Italian Champions Juventus.