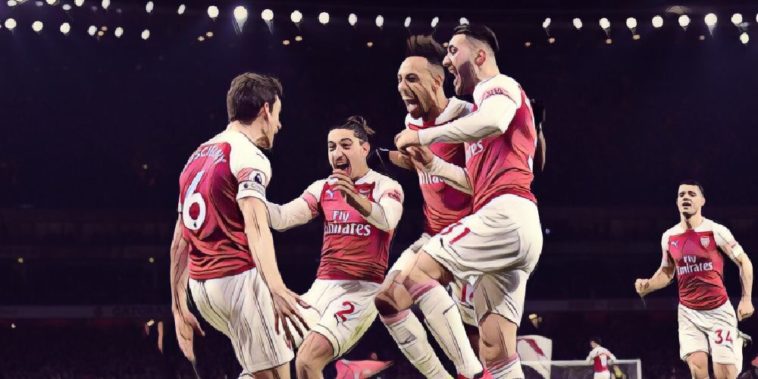 Danny Murphy has said that Arsenal are a ‘force to be reckoned with’ after watching their performance against Chelsea at the Emirates on Saturday.

The Gunners went into this weekend knowing that a defeat would leave them nine points behind Chelsea in the race for the top four, as they look to end their two-year exile from the UEFA Champions League.

Arsenal would however close the gap down to just three points with a 2-0 win at the Emirates, putting in a dynamic and energetic performance – a performance which hugely impressed former Liverpool and Fulham midfielder, Danny Murphy.

“[They] played very well. Superb energy, application, courageous with the tactics. They really went after Chelsea,” Murphy said on BBC’s Match of the Day.

“This is the first 30 seconds, five players high up the pitch. You know with Chelsea’s quality that they can play through, but they just swarmed all over them. It was, to a man, a brilliant display in the first half.

“Chelsea didn’t mix up their game, didn’t vary their play, didn’t battle well enough with them.

“Torreira was terrific again, and the front lads were a real threat, Lacazette and Aubameyang. Not just with their runs forward, but we’ll see here, running back and helping their midfield players.

“It was like they had a point to prove after the disappointment of the result and performance at West Ham last week, and when they play like this, they really are a good force to be reckoned with.”