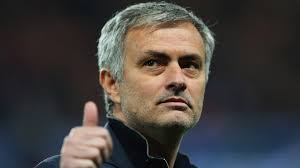 Jose Mourinho is already having a huge effect at Manchester United according to club sources.

The Manchester United manager has reversed a lot of the unpopular methods brought in under his predecessor Louis van Gaal, as well as features he had installed at the clubs Carrington training ground.

Firstly, Mourinho has demanded that a series of cameras at the clubs training ground be hauled down. The cameras were used to provide analysis and criticism at a number of team meetings that the players were forced to endure. Players were often berated by the Dutchman in front of their teammates.

The players are also relieved at Mourinho’s hands on approach to coaching and management, rather than Van Gaals classroom and meeting based approach.

An source close to the training ground told The Sunday People.

The players have been bowled over by the manager already ­inside just a few days – the ­training ground feels alive again and there is a spring in everyone’s step.

The place is ­absolutely ­buzzing.

The previous manager was very thorough in his planning and preparation and on the ­training ground but it all felt a little bit regimented.

Some of the staff have already nicknamed Jose ‘Mr Meticulous’ because of his ­attention to detail – but the mood feels a lot lighter, albeit super-professional.

The players know Jose will be demanding, but they are excited. They want to be competing for the league title again.

Mourinho will take charge of his first game next Saturday against Wigan Athletic, before jetting to China for games against Manchester City and Borussia Dortmund.

He is currently only training with players who haven’t been away with their national teams at Euro 2016 and the Copa America, some of whom will join the squad in China.