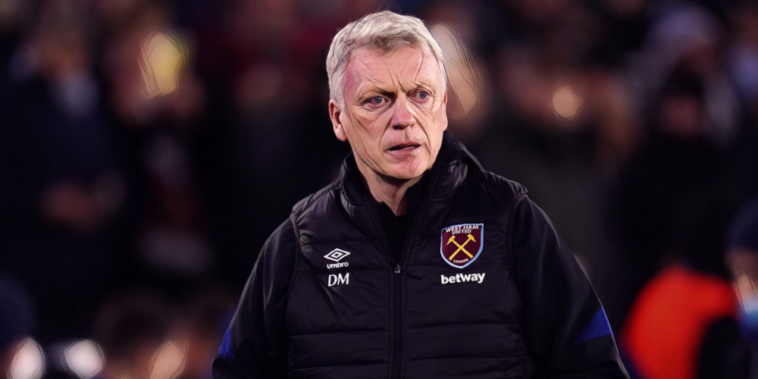 The Hammers are hovering just a point outside the relegation places after a disappointing start to the Premier League campaign, with the club having been unable to replicate the performances of the past two campaigns to date.

West Ham have secured European qualification in each of the last two seasons, but are currently eight points behind the top six ahead of their Boxing Day clash with league leaders Arsenal.

Asked whether he feels under pressure with West Ham just above the bottom three, Moyes told his pre-match press conference: “No. I’ve had great conversations with David Sullivan and as you get older, you don’t feel the pressure so much.

“We’ve had two or three years of great times and sometimes you have dips and at times like that you need the board and everyone to stick together.”

Moyes was full of praise for Arsenal, who are five points clear at the top of the division after their best-ever start to a Premier League season.

The Hammers’ boss hailed the ‘brilliant job’ Mikel Arteta has done with the Gunners and believes the Spaniard has built a ‘very good team’ at the Emirates.

“I think the best time to face Arsenal was about three years ago, as since Mikel has come in he’s done a brilliant job,” Moyes said.

“They’ve gone against the grain a bit and they’ve built a very good team. As a manager, to get players into management and see them do well is a great thrill.

“Mikel is always someone who had his own mind, had a really good career, worked under Arsene Wenger and Pep Guardiola, who is arguably the best manager of this period, so he’ll have picked up advice from them.

“He’s a very smart boy and has had that little bit of time to get through that difficult period.”