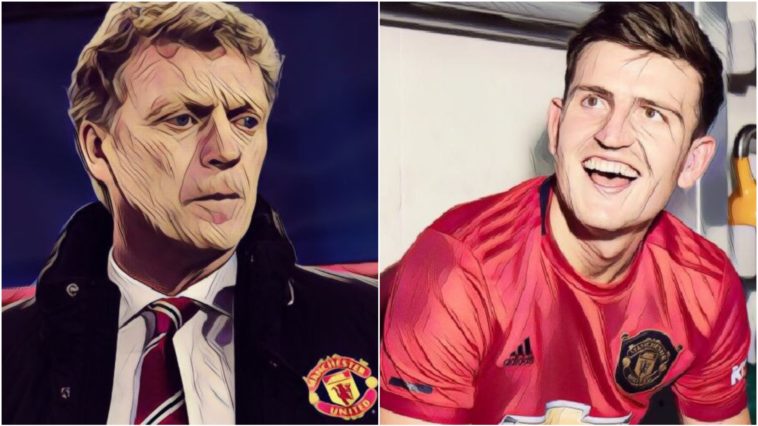 David Moyes has revealed why Manchester United didn’t sign former Leicester City defender Harry Maguire during his time in charge of the club.

Moyes endured an ill-fated spell at the club after succeeding Sir Alex Ferguson in 2013, his reign lasting just ten months before being sacked at Old Trafford.

The 56-year-old has now revealed Manchester United had monitored Maguire, who became the world’s most expensive defender this summer, during his tenure whilst the England international was at Sheffield United.

but we flagged him up at that time,” Moyes told talkSPORT.

On the day David Moyes' #mufc contract expires we take a look at the similarities his reign had to Matt Busby's successor Frank O'Farrell. https://t.co/bzvgM2qfsn

“I was very aware of the players in the lower leagues and had a made good career out of bringing them to Everton – whether that be Tim Cahill or all the ones we did through the years.

“Harry Maguire was another one I recognised. He played against Preston North End at home in a league game and I watched him and thought he played really well but at that time he was really big.

“You thought ‘my goodness, how big is Harry going to be’ because he was a relatively young boy at that time,” Moyes added.

“To be fair he looks in terrific shape and he hasn’t changed at all really. When I went to United, we had Vidic, Rio, Jonny Evans, Michael Keane, Phil Jones, Chris Smalling so for us to go and buy another young centre-half wasn’t the biggest thing we needed at the time.

“And Harry Maguire has had to go on his journey. Sometimes the players need the journey to get to where they have to go. He might have struggled then.”

Read: ‘I call him The Beast’ – Pogba on new teammate Maguire