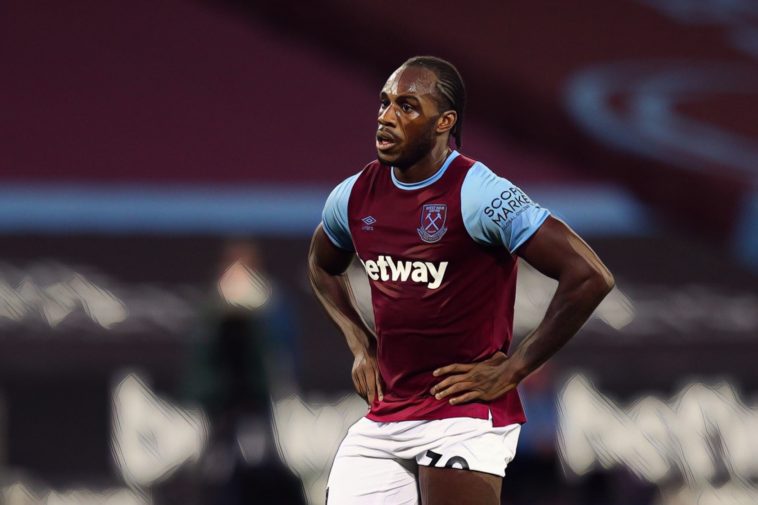 David Moyes has confirmed that West Ham forward Michail Antonio will miss this weekend’s clash with Manchester United through injury.

Antonio returned to the side for the 2-1 win over Aston Villa following a three-game absence, though was withdrawn at half-time of the clash at the London Stadium and will be unavailable to feature this weekend.

The 30-year-old’s loss is a huge blow for the Hammers as they bid to continue their impressive recent form with victory over Manchester United tomorrow evening, with Monday’s win over Villa having lifted the east London side to fifth in the Premier League.

Moyes confirmed Antonio will not be considered for selection but says he is hopeful the forward will not be absent for a prolonged period, insisting the latest problem is a different injury to the one that kept him sidelined earlier in the campaign.

“We’re not sure how long he’ll be,” said Moyes at his pre-match press conference. “Hopefully it’s not too bad, but he won’t be available for Saturday’s game.

“He’s still having a bit of a problem with his hamstring. It’s not the same injury. We think it’s something slightly different, which is the good news, so we’re hoping that he won’t be too long.”

Sebastien Haller is expected to deputise in attack for a West Ham side who have lost just once in their past seven league fixtures, though the Hammers face a difficult test against the visitors who will be looking to extend their club record of consecutive away victories to nine games.