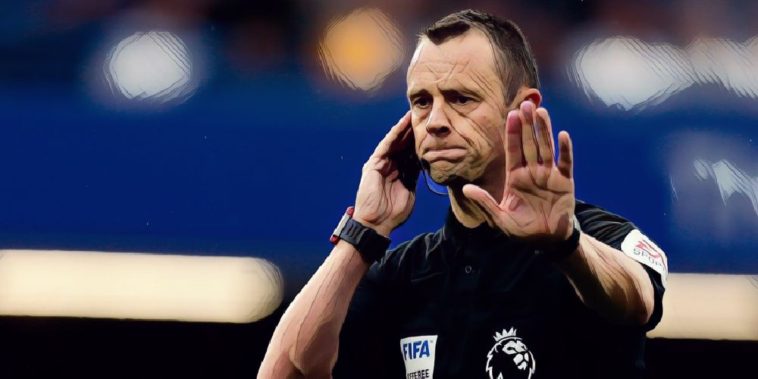 Jose Mourinho has warned that VAR is steering football in a ‘really bad’ direction following another controversial incident regarding the technology.

Tottenham crashed to a 3-1 defeat at Sheffield United on Thursday night and the club were left outraged after seeing a goal from Harry Kane disallowed by VAR, the England captain’s effort ruled out after the ball appeared to brush Lucas Moura’s arm as he fell under challenge.

Chris Wilder sympathised with the visitors post-match despite benefitting from the decision, with Mourinho expressing his displeasure with VAR and warning the technology is beginning to negatively impact the game’s appeal.

“I cannot [say what I want to] because I’d be in trouble with the institutions and I want to protect myself and my club, so I can’t be as open as I’d like to be,” Mourinho said at his post match press conference.

“Now, I can only say that I’m normally a professional guy on the bench. In these moments, I never complain at the guy with the whistle because it’s not the referee any more.

“I think the referee should always be the man on the pitch and the people in the office should just support and assist. That’s not the way it is. The referee who is not very good on the pitch, we cannot expect that he’s good in the office. We’re going in a direction that’s really bad for the beautiful game, the game that everybody fell in love with.”

Goals from Sander Berge, Lys Mousset and Oli McBurnie helped the Blades to their first win since the Premier League’s restart, with Harry Kane’s late reply little consolation to a Spurs side now nine points adrift of the top four.

Tottenham next return to action when they face Everton on Monday night, whilst Sheffield United travel to Burnley on Sunday.