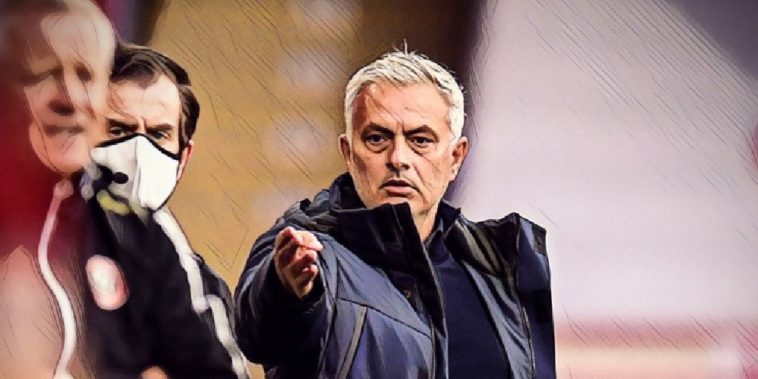 Tottenham’s faint hopes of Champions League football were all but extinguished, being comfortably beaten 3-1 by Sheffield United in a game which saw VAR make the headlines once again.

Spurs dominated the opening exchanges and looked the more threatening at Bramall Lane, though it was Chris Wilder’s side who took the lead through Sander Berge, the January signing firing home from a tight angle in the 31st minute.

The Blades lead looked like it wouldn’t last long though, Harry Kane equalising just a minute later, only to see his effort cruelly chalked off for the most marginal of handballs in the buildup by Lucas Moura, the Brazilian being fouled and the ball brushing his arm.

Spurs had plenty of attacking players on the field but struggled to break down the South Yorkshire side, who then capitalised on some woeful defending, substitute Lys Mousset tapping home unmarked in the 69th minute.

The game was over when Oli McBurnie made it three with six minutes to play following some more slack defending at the back, before Harry Kane finally did get on the scoresheet in added time.

Speaking afterwards, Jose Mourinho admitted that the defeat has left the North London side in a battle just to get into the Europa League.

“Awful result,” Mourinho told Spurs media channels. “I think it’s a crucial result in the fight for the Champions League. We had the chance to close the gap, to put pressure on, and to go until the end.

“I think with this result, it’s very, very difficult to dream about the Champions League, and it will be a big fight with other clubs, like Sheffield, Arsenal, Everton, lots of clubs, who are going to fight for the Europa League spots.”

Surprisingly, the Portuguese opted against slating the decision to disallow Kane’s first-half strike, instead criticising his side’s mental strength having dominated large portions of the game.

“Football is not about these stats, Football is about how many goals you score and how many you concede,” the Spurs boss added.

“I have to be honest, it would be very easy to stand here and speak about Michael Oliver’s decision, but I also want to be honest with myself, I also have to say, with the very offensive team we played, we had a lot of the ball, but we were not aggressive and intense enough in the last third to create more than we did.

“If you want to reach objectives, you have to be stable. Stable in performances, stable in results and stable mentally. I agree, in the first half we were completely in control, in spite of the goal that we conceded, but that disallowed goal can not kill us. A big disappointment for us, but we had enough time to react psychologically in a different way and don’t die in that situation. That is the thing, I blame ourselves because we have to be mentally stronger to cope with situations like this.”

The result leaves Spurs in ninth, nine points off the top four with just six games to go, while Sheffield United move up to seventh.

Mourinho backs Ndombele to ‘turn it around’