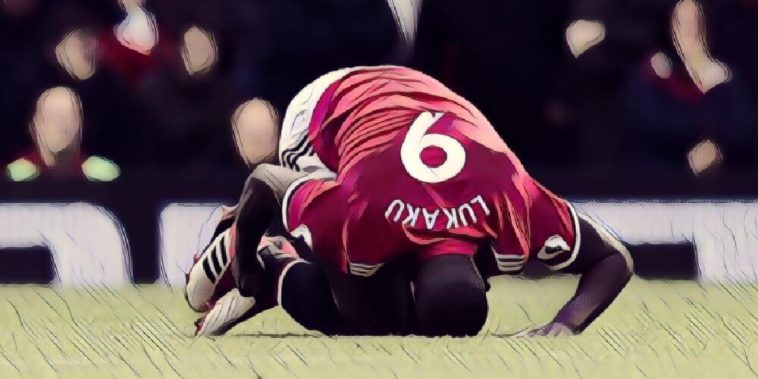 Jose Mourinho is unsure whether Romelu Lukaku will be fit in time for next months FA Cup final against Chelsea.

The Manchester United striker hobbled off early in the second half of the Premier League win over Arsenal, after a heavy challenge from debutant Konstantinos Mavropanos.

The Belgian quickly signalled to the bench that his afternoon was over having being clutching his ankle for a few minutes and trying to run it off, and now he faces a race against time to be fit for the Wembley showpiece finale in less than three weeks time.

Speaking after the game, United boss Mourinho said he hoped that the resilient £75 million striker would be fit in time to play, but admitted he didn’t know if he would be:

“I don’t think it’s something, or I hope it’s not, that in this moment keeps him immediately out of a game that is in three weeks’ time. But I don’t know.

“He wants to play all the time. He is never tired and, when he has small things, he doesn’t care. He still wants to go. So, for him to say immediately, to change him, it is because he couldn’t play.”

United play Chelsea at Wembley on May 19 having beaten Spurs 2-1 in last weekend’s semi-final.