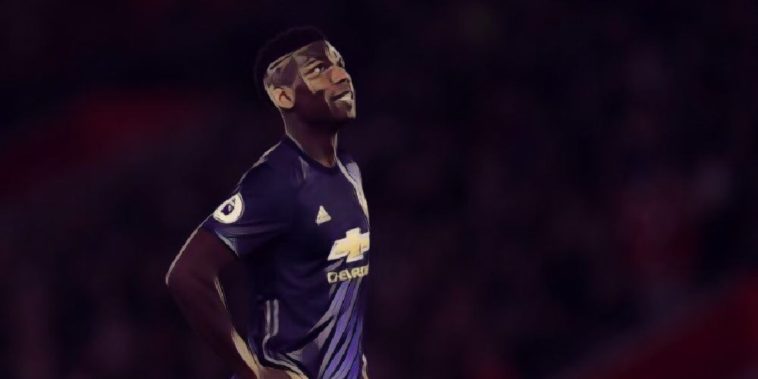 Jose Mourinho has pinpointed exactly where his side’s chances of victory went down the pan against Southampton, blaming Manchester United’s midfielders.

With Manchester United down to the bare bones at the back, Jose Mourinho changed the shape of his side, playing Paul Pogba, Ander Herrera and Marouane Fellaini in the middle of the park, with Nemanja Matic and Scott McTominay alongside Phil Jones in defence.

However, the midfield three were unable to effectively link the defence to the attack, with Fellaini and Pogba’s passing accuracy being down in the mid-’80s, while Pogba was dispossessed an incredible eight times.

Speaking after the game, Mourinho slammed his midfielders for not keeping it simple.

“We lost so many balls in midfield and in our transition to the last third it was difficult to have that continuity,” he told BT Sport.

“What we did so well in the end of the first half was connect the attacking players by playing simple, accelerating the play.

“When the players don’t understand simplicity is genius, it is difficult to have that continuity.

“Choices, when they have the ball, what we needed to improve was to play one-touch, two-touch, make it simple, make it arrive fast for the attacking players.

“By losing too many balls in midfield we broke the dynamic that usually leads to goals.”