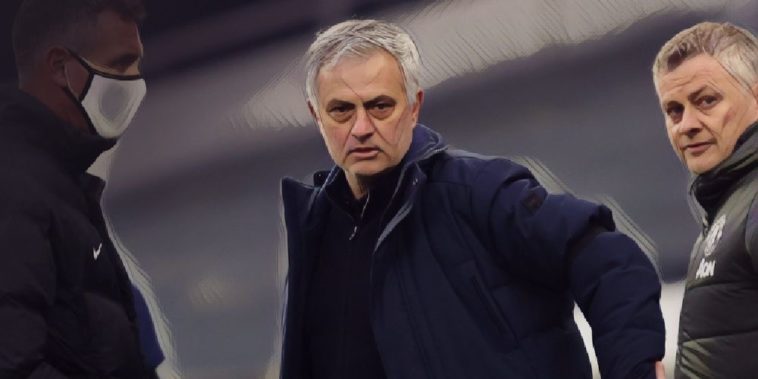 Tottenham’s pursuit of Champions League qualification was dealt another blow, Jose Mourinho’s side surrendering a lead to lose 3-1 against the Portuguese’s former side, Manchester United.

It was an even and fairly dull opening at the Tottenham Hotspur stadium until the game sparked into life when Manchester United thought they had taken the lead in the 35th minute. Paul Pogba slipped a perfectly weighted pass through the Spurs defence, with Edinson Cavani showcasing his years of experience with a darting run and first-time finish past Hugo Lloris.

However, the goal would be harshly ruled out following a VAR review, Scott McTominay’s flailing arm catching the face of Heung Min Son in the buildup and being judged as a foul to leave Ole Gunnar Solskjaer visibly furious on the sidelines.

Just five minutes later, and Son would rub salt in United’s wounds to give his side the lead. Victor Lindelof failed to cut out a Harry Kane pass on the edge of the box, with Lucas Moura squaring the ball across the area to the unmarked South Korean who slotted home past Dean Henderson.

The Red Devils – perhaps incensed by their disallowed opener – came out brightly in the second half, and within 12 minutes of the restart they got themselves level. Some slick interplay from Solskjaer’s side saw the ball once again slipped into Cavani, the Uruguayan’s initial effort saved by Lloris only for Fred to follow in on the Frenchman’s parry for a rare goal.

Soon after, Lloris would produce a smart save to deny a Bruno Fernandes effort from just outside the box, while Henderson kept out a Harry Kane strike at his near post in what was a much more entertaining second half.

It was however Manchester United who were far the better side in the second period, and with 13 minutes left to play, they scored the goal that their positivity deserved. Mason Greenwood crossed excellently from the right, with Cavani once again demonstrating his supreme goalscoring instincts to fire his side ahead with a perfectly directed diving header.

United controlled the play for virtually the entirety of the second half, and as they looked to see out the win, the impressive Pogba out strengthened his man to maintain possession before laying the ball to Greenwood who shifted onto his apparently weaker right foot before drilling past Lloris at his near post to round off the scoring.

Tottenham’s record against the teams currently above them in the table this season:

Speaking afterwards, Spurs boss Mourinho was appeared keen not to be over-critical of his side in public at least, while saying he had ‘no complaints’ about the defeat.

“Credit to the opponent,” he told the BBC. “They have good players and lots of quality. They have incredible physicality in midfield.

“We lost but I praise my players. We have no complaints. For me, it’s very difficult to analyse games with the media. I am always criticised when I try to analyse so I prefer to be general.

“To be general, I think we lost against a very good team. I praise my players and my compliments to United.”

Asked about VAR following the controversial decision of the first half, the Spurs boss added: “It’s difficult for everybody. For us, for the players, for the referees. Lots of contradictions and decisions you don’t understand very well. That’s not my problem, I cannot fix this.”

The game was also another example of Spurs being unable to maintain a lead, and the Portuguese admitted he is ‘not comfortable’ with discussing that trend in public: “It’s a compliment to me in the way we start matches, the way we are organised,” he said. “Then what happens during matches to lose points from winning positions is one of the situations I am not comfortable with talking to the media anymore.”

The result leaves Spurs seventh in the league, six points adrift of the top four places and the two times Champions League winner admitted that qualification to Europe’s premier competition was now ‘difficult’.

“You look to the table and you see the distance to the top four. You know it’s difficult but it’s mathematically possible.”

Next up for Spurs is a trip to face fellow European football hopefuls, Everton.