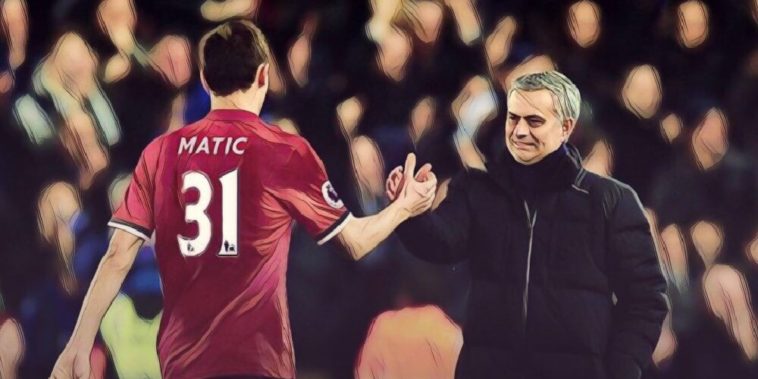 Nemanja Matic swapped Chelsea for Manchester United in a £4o million deal last summer in what was one of the more suprising Premier League transfers of recent times.

Many observers were shocked that the Blues had allowed one of the key players from their 2016/17 title triumph to join a direct rival, and also because the 29-year-old was rumoured to have been one of the players United boss Jose Mourinho had fallen out with when he was sacked as coach of the Stamford Bridge club in December 2015.

However, Matic has put in some hugely impressive performances in his defensive midfield role this season and is clearly one of his managers most trusted lieutenants.

Speaking to MUTV Mourinho has revealed that the player made clear to him his desire to move to Old Trafford even before Chelsea were crowned as Premier League Champions last season when he said:

“Matic last March in 2017 told me: ‘I want to play for you and play for Manchester United and I’m going to do it, and he made it happen.”

Matic won the goal of the season award at Man United’s annual award ceremony this week for his sublime last minute long range volley against Crystal Palace in March.