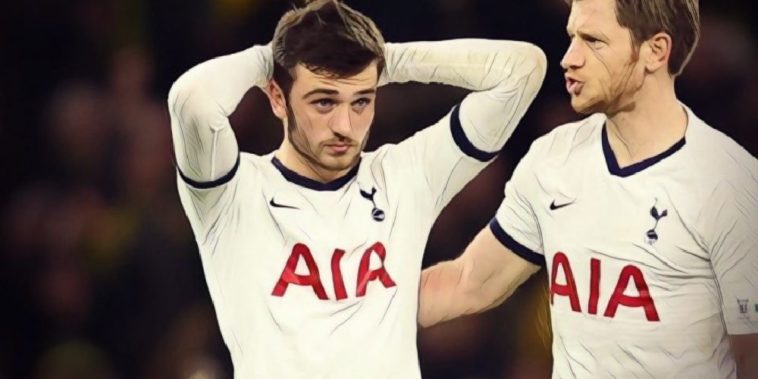 Spurs crashed out of the FA Cup on penalties following a 1-1 draw at the Tottenham Hotspur Stadium on Wednesday night, with 18-year-old Parrott seeing his effort saved by Norwich goalkeeper Tim Krul.

Neither side could find a winner during the added period, setting the stage for Krul to make himself a hero as he saved two penalties to seal Norwich’s progress.

Erik Lamela and Gedson Fernandes also missed from the spot for Mourinho’s side as the Canaries progressed to the quarter-finals, and while the Portuguese refused to blame the inexperienced Parrott for his miss from the spot, he did suggest that his performance following his 96th minute introduction proved that he is not yet ready.

“The problem is not his experience. The problem is the 30 minutes. Now people can see that he has to work a lot so don’t think that Parrott is the second Harry Kane because he’s just a young kid that needs to work.

“Let’s forget the penalty because we all miss the penalties, it was not Troy.”

Winners Norwich will play either Derby County or Manchester United in the quarter finals of the FA Cup, the pair due to play for their place in the last eight on Thursday night at Pride Park.

See also – From Bradford to Watford: Five of the biggest Premier League upsets ever