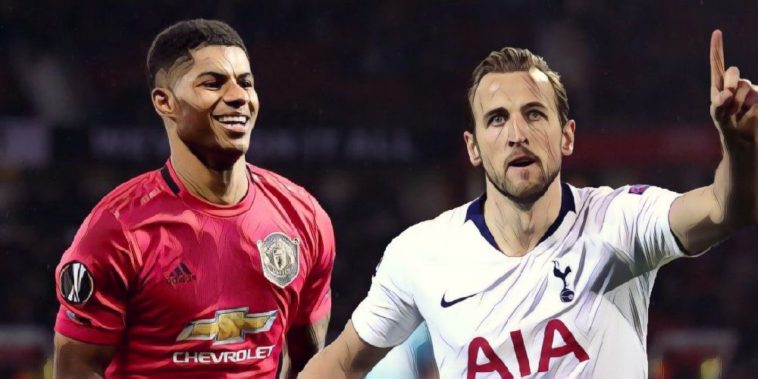 Gareth Southgate has insisted that Harry Kane and Marcus Rashford are ‘both on track’ as they continue their recovery from injury ahead of this summer’s European Championships.

The England forward duo are facing a race against time to prove their fitness ahead of this summer’s trans-continental tournament, with captain Kane having undergone surgery on a hamstring injury suffered in Tottenham‘s defeat to Southampton on New Year’s Day.

Rashford is also likely to miss the majority of the remainder of the season with a double stress fracture of the back, the Manchester United star not having played since being substituted during the club’s FA Cup replay win over Wolves in January.

The duo’s potential absence leaves England short of attacking options, though Southgate has delivered a positive update on their respective rehabilitations, and seemed to suggest that both players could still feature at Euro 2020.

#thfc striker Harry Kane on returning from injury: "We're talking a few more weeks, and I'll be playing again. I don't want to make a prediction for which game I might be back, but I am hoping somewhere between the start and the middle of April." | @StandardSport pic.twitter.com/JENmoPLJRn

“We’ve had really good updates right the way through and Harry and Marcus are exactly where we were expecting them to be,” Southgate said following the UEFA Nations League draw.

“Both players will give themselves the best possible chance of being available, that’s their mentality and that’s their dedication to their sport.

“That’s the only bit we can guarantee, what we can’t guarantee is how that rehab will develop as it’s stepped up and as it becomes more intense. But they are both on track from the information we were given at the very start.”

Speaking at his press conference ahead of Manchester United’s game against Derby, Ole Gunnar Solskjaer admitted the club have had ‘encouraging’ news about United striker, Rashford.

“The scans were encouraging,” Solskjaer said. “He’s now working in the gym and in the pool, and he’s moving around better. He’s in and around the place. It’s like how long is a piece of rope? It’s difficult.”

England begin their group stage campaign against Croatia at Wembley on June 14.