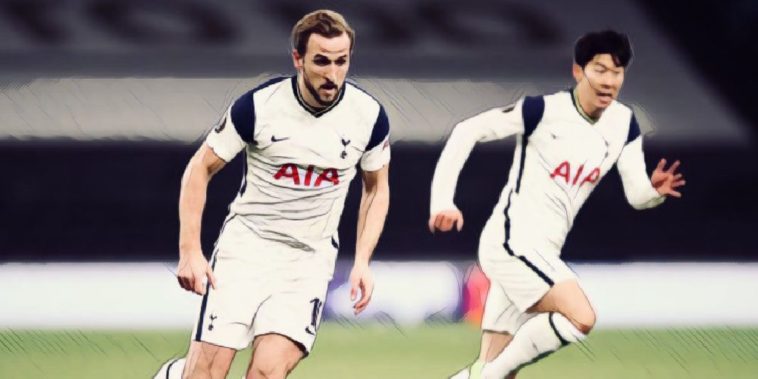 Jose Mourinho explained his decision to bring on the likes of Harry Kane and Heung-Min Son during Tottenham’s 2-0 win over Antwerp on Thursday night, despite his side having already qualified for the Europa League knockout stages.

After last week’s high-scoring draw with LASK sealed their place in the last-32, Spurs were able to field a much-changed against their Belgian opponents, with the likes of Gareth Bale, Carlos Vinicius and Lucas Moura afforded some valuable minutes after struggling for action in the Premier League of late.

The two sides had already qualified for the knockout stages and so all that remained was deciding who would top the group, yet despite that added incentive, neither side really got going in the opening period, with both Giovani Lo Celso and Vinicius missing good opportunities to put the hosts ahead.

The Brazilian striker made up for his poor finishing 10 minutes into the second-half, however, the on-loan Benfica man tapping home after Gareth Bale’s dipping free-kick had struck the woodwork. Despite taking the lead Mourinho was still keen to make changes, the former Manchester United boss bringing on both Kane and Son, as well as Tanguy Ndombele on 59 minutes to try and put the game to bed.

That decision paid dividends just over ten minutes later, with the England captain teeing up teammate Lo Celso who produced a delightful finish to ensure it would be the North London side who would progress as group winners after a relatively comfortable Europa League campaign thus far.

Solid performance to finish top of the group. Look forward to the knockouts now. #COYS pic.twitter.com/r5jYucSPUq

Despite enjoying a positive result, one of the major talking points was Mourinho’s decision to bring on his key man midway through the second half even though his side were already ahead, with the Spurs boss outlining that the substitutes were made in order to raise his side’s intensity, while he also admitted he can’t please all of his players after leaving the likes of Dele Alli on the bench.

“The game is open, when I thought about the changes the result was 0-0 then we scored a goal but that didn’t change my mind,” he told BT Sport.

“We needed a little bit more of routines which these players (Kane, Son and Ndombele) have, and the intensity. They had the intensity because they play week in week out. We managed to keep Antwerp away from our goal. Joe Hart didn’t make a single save. 0-0 at half time – I thought in the second half with bit of intensity they will collapse.

“It was a great free kick from Gareth Bale and a striker smelling the second ball to score. The decision was made. Harry is Harry and Sonny is intense.

League leaders Spurs are next in action against an in-form Crystal Palace side on Sunday afternoon before facing title rivals Liverpool in midweek.